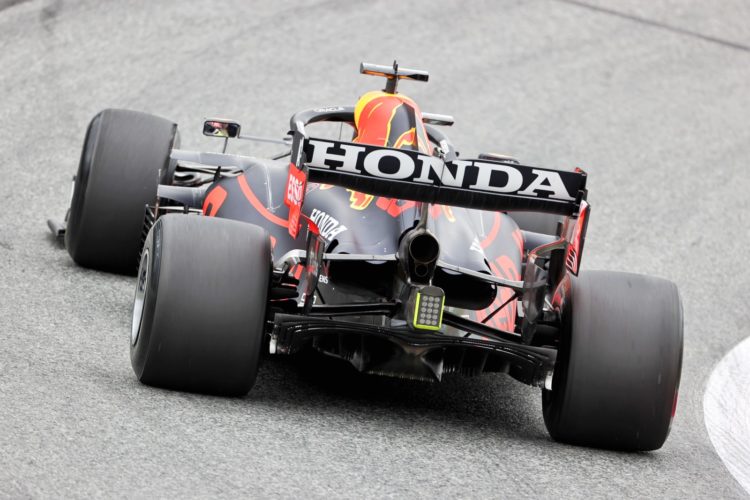 Honda’s engine chief Toyoharu Tanabe says he does not believe the manufacturer is Formula 1’s benchmark in the power unit stakes and dismissed speculation over recent gains.

Greater focus was applied on the pace of the RB16B in the wake of Honda introducing fresh power units for both Red Bull drivers, and AlphaTauri’s Pierre Gasly, at the French Grand Prix.

Tanabe-san rejected speculation over potential Honda gains and outlined that “under current regulations any performance update is not allowed during the season.

“As a result our PU is the same as the first PU, in terms of specification and performance.”

Tanabe-san suggested any gain in lap time was attributable to improved understanding of its new-for-2021 power unit, rather than running it more aggressively.

“We started to use this new 2021 PU from the pre-season test, and we have been learning gradually how to use our PU,” he said.

“And we improve our weakness and we push our strengths, and as a result the pace. The specification on the performance is the same but trackside performance I believe we have been improving.”

Honda has won five grands prix to Mercedes’ three this season but Tanabe-san does not believe the Japanese marque can be regarded as the pacesetter.

“We keep analysing our position compared to the other PU manufacturers,” he said.

“[In the] analysis, we include the chassis performance as well, because [with] a good car with less downforce sometimes you see a good engine power performance, so it’s a little bit difficult to judge.

“Our current result gives us [the conclusion that] still we are not number one.

“But as I said we cannot improve the pure performance, like ICE performance, then we are working very hard how to use the PU efficiently at the track, so we want to use current hardware more efficient [together] with the team engineers.”