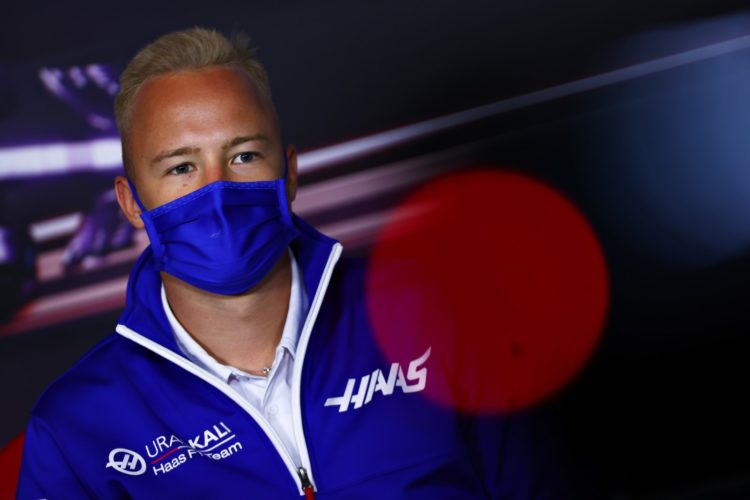 Football’s European Championships are entering their crucial stages, with the Quarter-Final matches due to take place across Friday and Saturday.

Only eight of the 24 teams remain in contention after a scintillating Round-of-16 in which World Champions France, holders Portugal and perennial candidates Germany were knocked out.

Germany was eliminated at the hands of England at Wembley – with Formula 1’s two German drivers made fully aware of the result.

“We had our big BBQ [on Tuesday], so everyone was there,” said Haas driver Mick Schumacher.

“We watched the match, England vs Germany, which yeah… I don’t want to talk about it. Then we did a rematch on the soccer field, we played, I think 30 people, we were all just playing – it was a lot of people!”

Aston Martin, meanwhile, made Sebastian Vettel feel welcome as he entered the garage at the Red Bull Ring on Thursday.

“Obviously I did not really enjoy the football match, but fair play to England, and I hope England goes a long way,” said Vettel. “I still feel like it was a good game as a lot of people around me were happy!”

England will play Ukraine on Saturday afternoon, with the victor earning a place in the semi-finals, and more than one driver is rooting for the latter.

“99 per cent of the people that surround me keep telling me it’s coming home,” said Russian Nikita Mazepin, referring to his predominantly English Haas mechanics.

“So I’m just hoping that it’s not coming home as English people most of the time are very happy and it would be very interesting to see that.

“I’m really hoping that Ukraine wins as although Ukraine and Russia are two very different things right now, I was born in a time where it was our brother nation and I have loads of friends [from there], and I think it’d be cool for the fans, special, and I’m truly hoping for that.”

AlphaTauri’s Yuki Tsunoda quipped that “my PR and my physio are English, so I’m just not supporting England! I want to see their sad faces.”

Tsunoda’s AlphaTauri team-mate Pierre Gasly, a fanatical football fan, was in no mood to expand on France’s shock exit.

“I had already a tough Sunday,” he said, referring to his first-lap exit at the Styrian Grand Prix. “So I wished to start this week in a better way… but very, very sad. Yeah, I don’t want to speak about it!”

Spanish duo Fernando Alonso and Carlos Sainz backed their compatriots to beat France’s vanquishers Switzerland but the Ferrari driver was preoccupied with a different event earlier this week.

Sainz revealed he lost a round of golf against former team-mate Lando Norris, ruining “he’s going to be super happy… if we want to make Lando a happy boy today let’s say yes [he won].”

Norris confirmed the development, adding: “It was Charles [Leclerc] and Carlos against Carlos’ cousin and myself.

“We were even through all 18 holes and then did a playoff on the ninth tee, and we brought it home with some beautiful shots. I can confirm I’m better than Carlos at golf, so I’m happy for the rest of the week now.”