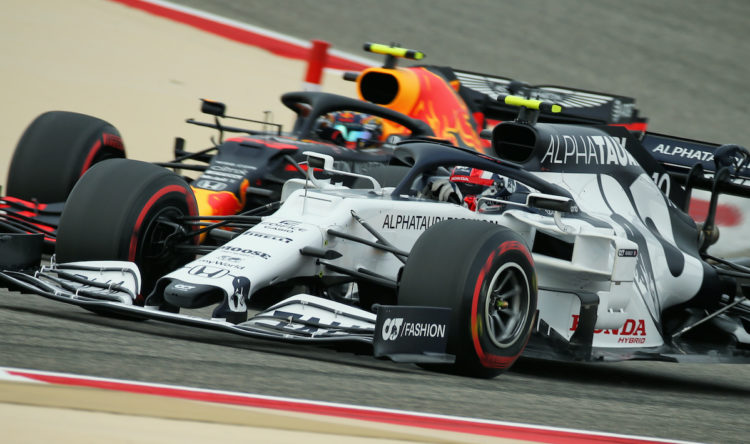 F1 is more than half way through its triple back-to-back consisting of the French GP and the double Austrian rounds, ​​which will see them through to July, when the majority of the grid will freeze development to focus on next year.

The month of June was very decisive for some teams, to understand if their development direction was the correct one or not.

This year did not offer many great innovative solutions on the technical front. This was to be expected, with the development freeze, budget cap, and technical revolution for 2022 giving little room for major steps on what are essentially 2020 cars.

Analysing the technical situation of the two top teams, Red Bull and Mercedes, both have interpreted the season differently.

Red Bull has continued to bring updates to its RB16B since the beginning of the season, while the Mercedes W12 hasn’t changed since the first race in Bahrain (bar a few circuit specific aerodynamic adaptations).

Red Bull’s new found data correlation between Milton Keynes and the track have allowed the team to take a major step forward, adding confidence to its development programme, which has worked wonders for the RB16B under the capable hands of Adrian Newey and his team.

After introducing the second Honda Power Unit in France, the RB16B showed up at its home race in Austria with aerodynamic innovations on the diffuser, trying to maximise aerodynamic efficiency at the rear.

The diffuser has knurling extending the entire edge of the diffuser, and this generates vortices that help to slightly reduce drag at the rear.

We know that Max Verstappen and Sergio Perez’s cars are able to generate downforce both from the floor and from the diffuser. This allows the engineers to adopt flatter win setups, to the advantage of speed on the straights.

This is also down to the fact Red Bull runs higher rake than its rivals, at around two-degrees, which offers additional advantages by increasing the downforce from the floor and diffuser, but has a slight negative effect on drag.

Red Bull’s “junior” squad, AlphaTauri, has also introduced updates during the triple-header, which look to have brought gains alongside the new Honda PU, which the team also ran.

One of the most innovative technical solutions, together with the “teeth” on the Red Bull diffuser, was introduced by the AlphaTauri in France in the floor area.

The left arrow indicates the novelty introduced in Paul Ricard, where the bottom lip has been split, to increase the out-wash effect away from the rear wheels. The arrow on the right, on the other hand, indicates the series of vortex generators already present for a couple of races, very similar to those on the RB16B.

The update package was not only limited to the floor on the AT02, but also the front-wing which featured a revised endplate with an additional slot.

The new trend for teams seems to be to bring some of the airflow under the front wheel, and not over it, as was the popular trend last year. The AlphaTauri differs from Red Bull in this respect, and is more inspired by a solution seen on the Alfa Romeo C41.

The AT02 is not just a copy of the RB16B, but under the technical guidance of Jody Eggington it has found its own technical identity, which has proven successful with AlphaTauri appearing within the top ten consistently.