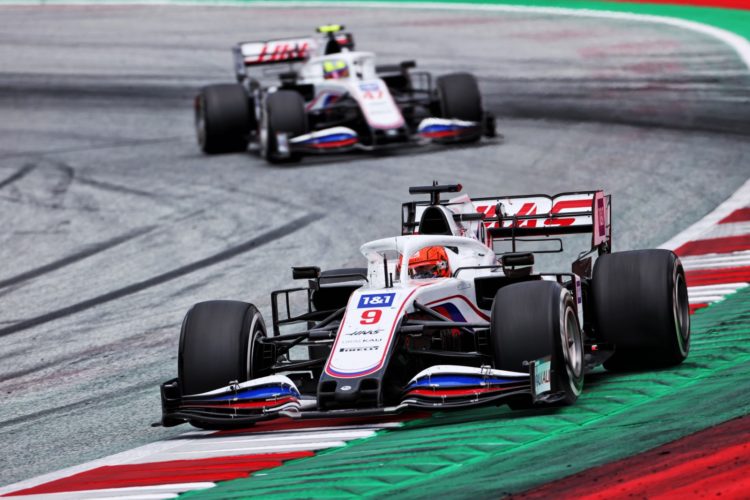 Haas rookie Nikita Mazepin described himself as a “carrot to be caught” as he hinted he is running at a disadvantage to team-mate Mick Schumacher.

Haas has spent the bulk of the 2021 season at the rear of the pack with the slowest car, which is not being updated, as the team focuses its resources on its 2022 project.

Mazepin jumped team-mate Mick Schumacher at the start of the Styrian Grand Prix but came in earlier for his sole pit stop as they both ran a Medium/Hard tyre strategy.

Mazepin fell behind Schumacher and wound up as the final of the 18 classified runners, lapped three times, while Schumacher was lapped twice and finished 16th.

Mazepin has only once beaten Schumacher to the chequered flag, in Monaco, where Schumacher was slowed by a fuel pressure problem.

“I think I did a very good opening lap, I was happy with the positioning, I prepared that very well to know where potentially there could be a bunch of cars, and how to get past them,” said Mazepin, speaking straight after the race.

“But when you have a lot of laps, and long straights, and you have a very heavy car compared to the other car in our team it’s very difficult to stay ahead, so I’m not happy.

“But I’m just waiting for a new one to really have a chance because at the moment I’m just a sitting duck and I do my very best at the beginning and then I’m just a carrot to be caught and unfortunately I was caught, so that’s what it is.”

On whether Mazepin could expect a remedy in the short-term, he said: “Unfortunately not. Maybe in the next six to seven races but that’s not very soon.”