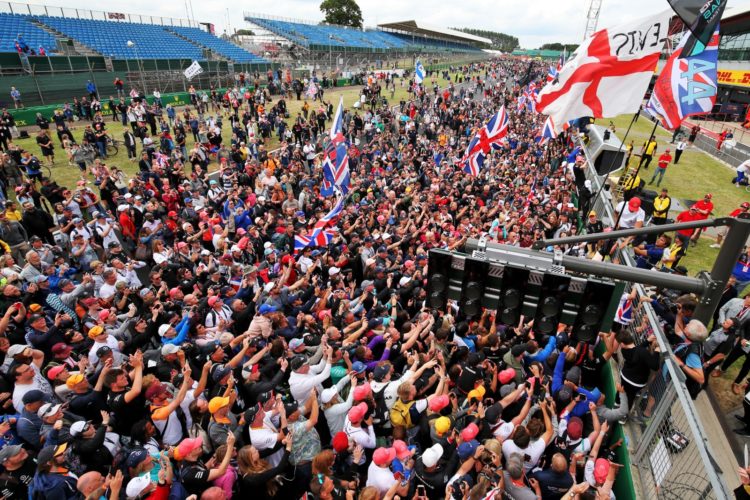 Organisers of next month’s Formula 1 British Grand Prix have been given approval to welcome back a full capacity crowd, which could stretch to 140,000 fans.

The UK government delayed its roadmap from June 21 to July 19 – the day after the British Grand Prix – owing to the ongoing pandemic, putting Silverstone’s plans at risk.

Several events in the country, most notably the ongoing Euro 2020 championships and next week’s Wimbledon Championship, have been included as part of the government’s Events Research Programme.

On Thursday it was announced that the British Grand Prix will also be part of the ERP.

Silverstone outlined that specific details will be provided to ticket holders in the coming days.

All those who attend will be required to show proof of a negative lateral flow test taken within 48 hours, or proof of full vaccination, with the second dose having been received at least two weeks beforehand.

“This is something we have all been working towards for months and I cannot wait to welcome a full capacity crowd back to Silverstone this July,” said Silverstone Managing Director Stuart Pringle.

“Many of our fans rolled their tickets over from 2020 but they are now well placed to enjoy what is sure to be one of the highlights of the summer.”

It is set to be the second event, after next weekend’s Austrian Grand Prix, to feature a capacity crowd.

“It is fantastic news that Silverstone will be a full capacity event and it will be an incredible weekend with hundreds of thousands of fans being there to see our first ever Sprint event on the Saturday and the main event on Sunday,” said Formula 1 CEO Stefano Domenicali.

“I want to express my huge appreciation to the Prime Minister, Boris Johnson, Secretaries of State, Oliver Dowden and Chancellor of the Duchy of Lancaster Michael Gove and Silverstone’s Managing Director, Stuart Pringle for their tireless work to achieve this great outcome.

“All of the drivers and the teams are hugely looking forward to Silverstone and we can’t wait to be there in July.”