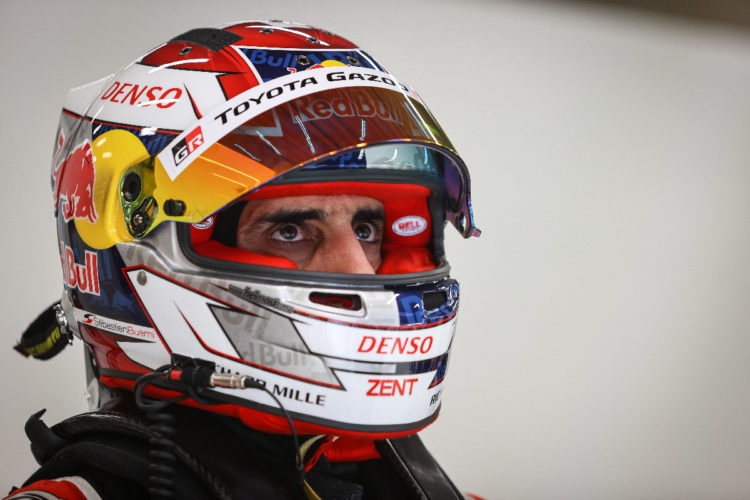 Sebastien Buemi will reach a personal milestone at today’s Eight Hours of Portimao. His team, Toyota Gazoo Racing, will make its 100th start in a world championship race and the Swiss driver holds the distinction of taking part in the highest number of races for the Japanese team.

After leaving Toro Rosso’s F1 team at the end of 2011, the Swiss driver signed up with Toyota’s LMP1 effort in 2012 and made his first start for the team at that year’s 24 Hours of Le Mans, which ended in retirement.

He has remained with the team throughout its entire tenure in the FIA World Endurance Championship and makes his 61st start with the team at Portimao, more than any driver who has raced for Toyota.

“I was kind of lucky because when I joined in 2012, I was just 23 years old,” Buemi told MotorsportWeek.com about his record run. “So obviously, I was pretty young. And now it’s my 10th season with the team.

“I mean, Alex [Wurz], Anthony [Davidson], Nico Lapierre, Sarrazin, they were also there, but they are not anymore. And Kazuki actually started at the same time that as me had to miss a few races back then, because he raced in Super Formula.”

During his tenure with the Japanese squad, he has become its most successful driver. To date, he has scored 18 race victories, including three consecutive Le Mans wins. He also won the first ever Hypercar race at the opening round of the 2021 campaign at Spa-Francorchamps.

His record also includes two out of the three world championships Toyota has won: first in 2014, and later during the 2018/19 Super Season.

Buemi believes that his extensive tenure with the squad is beneficial for both sides.

“And like I said before, failures as well, but we are trying to work hard, you know, to make it successful in the future.”