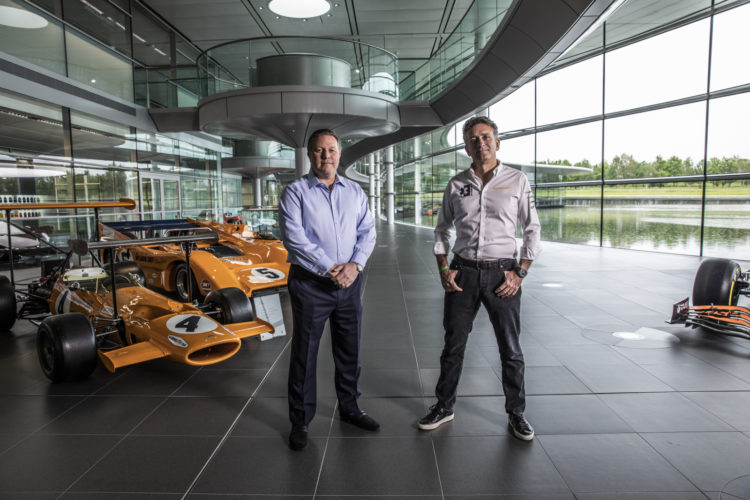 McLaren Racing has announced a further expansion of its motorsport portfolio by signing up to the Extreme E championship for 2022.

McLaren currently competes in Formula 1, IndyCar and supplies the battery powertrain to the Formula E championship.

Extreme E was launched this year, with teams racing off-road electric SUVs, in locations around the world that have been selected to raise awareness of the environment and climate change.

Rosberg X Racing currently leads X44 in the standings after winning both Finals at the Desert X-Prix in Saudi Arabia and Ocean X-Prix in Senegal, with JBXE third overall.

Further events in 2021 are planned in Greenland, Brazil and Argentina.

McLaren is nonetheless the first Formula 1 operation to enter a team into Extreme E.

In a media briefing held on Friday McLaren outlined that potential expansion into Formula E – where it has signed an option for 2022/23 – or the World Endurance Championship – which has been mooted – remains under evaluation, pending a final call.

The company has not yet determined its driver pairing.

“From the moment Extreme E was announced we have been following the progress of the series closely,” said McLaren Racing CEO Zak Brown.

“Our attention was immediately drawn by the innovative format of this motorsport platform, in particular the ability it gives us to accelerate and boost our own overarching sustainability agenda, which shares the same priorities of decarbonisation, waste reduction, diversity and equality.

“From the outset, McLaren has always been at the forefront and never afraid to push new boundaries. This new venture is true to our roots of participating in a variety of categories, innovation and bravery.

“Extreme E is paving new ground in motorsport as a force for good in confronting some of the biggest challenges facing our world today and in the future.

“While Formula 1 will always remain at the centre of our world, like IndyCar and esports, our entry into Extreme E is additive to the McLaren Racing franchise and will complement and help support all our programmes.”

Brown added that he will remain a “silent partner” in the Andretti United outfit going forward.

United Autosports, the sportscar team co-founded by Brown, teamed up with Andretti Autosport to run a squad in Extreme E for the 2021 season.

McLaren is consequently set to join the existing nine teams in Extreme E, which has the capacity for up to 12 entrants.

“To have McLaren on board, which symbolises the highest level of racing and automotive innovation, is a huge endorsement that what we have delivered in just our first two races of Season 1 has already created real impact in motorsport,” said Extreme E boss Alejandro Agag.

“We are absolutely thrilled to welcome Zak and the powerhouse McLaren Racing team to Extreme E, and it’s safe to say, we can’t wait to see how the team performs in its first off-road, electric racing debut.”