Hamilton opposed to introduction of ‘heavier and heavier’ F1 cars 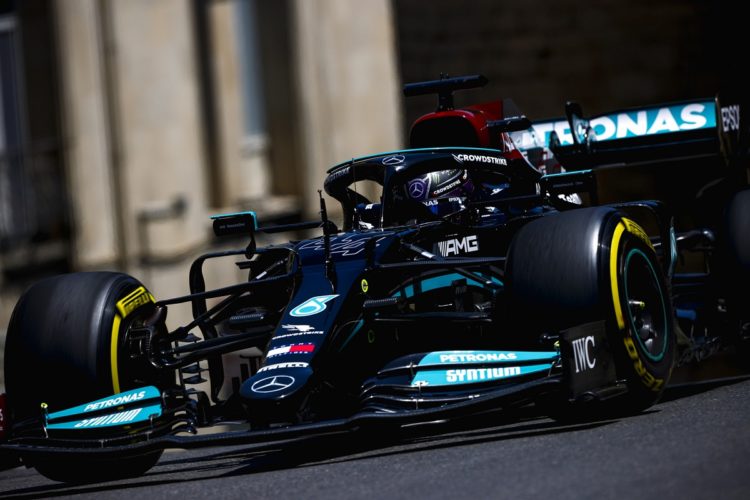 Mercedes’ Lewis Hamilton has questioned why Formula 1 cars keep increasing in weight, despite the sport’s push to become more sustainable.

Next year, the car will weigh a minimum of 790kg. For the start of a grand prix, the fuel onboard will take the weight up to 900kg – 99kg heavier than the minimum weight monitored at the commencement of F1’s turbo hybrid era in 2014.

The 2022 cars are being constructed under new technical regulations, which include a 38kg minimum weight increase compared to this year’s competitors, mostly related to the move to 18-inch wheels and other safety improvements.

However, Hamilton has admitted confusion over the weight increase, believing the sport is “not going in the right direction” with it.

“I don’t understand why we go heavier, particularly when there’s all this talk about being more sustainable and the sport going in that direction,” Hamilton said.

Prior to the ban on refuelling in 2010, F1 cars were built to a minimum weight of 605kg – 185kg lighter than next year’s versions.

“Lighter cars were more nimble and nowhere near as big, and so racing and manoeuvring the car was better,” Hamilton added.

“On the tracks we are going to they are getting wider, like [Baku], but like Monaco was always relatively impossible to pass but now the car is so big that it’s too big for the track.

“As I said, as we get heavier and heavier, that’s more energy we’ve got to dissipate, bigger brakes, more brake dust and more fuel to get you to the location and so on, so I don’t fully understand it.”