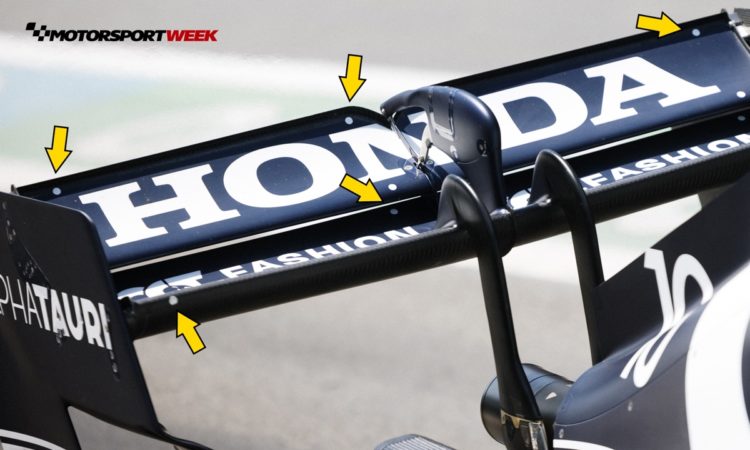 Mercedes and Red Bull are now locked in a fight for the championship, but that fight has now moved off-track too with the issue of flexible wings, which emerged at the Spanish Grand Prix.

Mercedes’ Toto Wolff raised concern that Red Bull’s rear wing was deforming in a “not insignificant” way down the main straight of the Montmelò circuit.

This prompted the FIA to issue a technical directive to clamp down on flexible wings, by introducing stricter load tests. These however won’t come into effect until the French GP. The FIA has however taken a step towards analysing the issue further.

It’s come to light that seven of the ten teams are using flexible wings, and whilst Red Bull’s is most obvious, others are still gaining a significant advantage as their wings roll back under high downforce, cutting drag on the straights and boosting top speed.

It should be emphasised that all the wings have passed the FIA’s current load tests and are therefore considered legal, but the questions remains; do they go against the spirit of the technical regulations which specifically ban “moveable aerodynamic devices”.

In reality, it’s impossible to create an infinitely rigid structure, so the rules must have some flexibility themselves. Modern wings on F1 cars must withstand pressures of over 2,500kg thanks to the huge G-forces these cars sustain at speeds in excess of 210mph.

Obviously the load tests cannot replicate these immense pressures, hence why teams are able to circumvent the tests. The FIA has therefore changed the values ​​of the parameters of the rear wing flexion tests starting from the French GP.

The new technical directive related to Article 3.9 of the technical regulations require the rear wings to absorb 750N along the longitudinal axis of the car, with the wing not flexing more than one-degree.

Along the vertical axis the wing will be subjected to 1000N, and the bending should not exceed 1mm. The forces will be applied in strategic points.

The stricter controls will force all seven teams, and possibly the other three, to redesign their wings in order to be in a “safe zone” by Paul Ricard. This has angered the teams, which will undoubtedly have to spend money on the redesign, heavily affecting their efforts under the budget cap.

While the issue was temporarily shelved during the Monaco weekend, it has reignited this weekend in Baku. The FIA has mandated a number of dots be applied to the wings to allow them to easily monitor movement via rear facing cameras.

Helmut Marko and Christian Horner were very upset with the FIA’s decision, and raised the issue of the Mercedes front wing, which is also flexing very obviously. An endless spiral of controversy, even if for now the FIA ​​has only dealt with the rear wing issue.

The front wing of the W12, as seen from the nose-cam, flexes noticeably. The spoilers drop down on the opposite side of the endplate.

However this isn’t exclusive to Mercedes, the front wing of the Red Bull also flexes, but not as much as that of the W12. The aerodynamic advantages, however, are not as evident as in the rear area, as the front wing is more involved in managing the air flow than generating downforce.

We will see what the FIA will do, which has already paid attention to the front wings in the past. At the time of the early 2010s, Red Bull’s flexible wing had prompted the FIA ​​to change the technical regulations, enforcing stiffer wings.