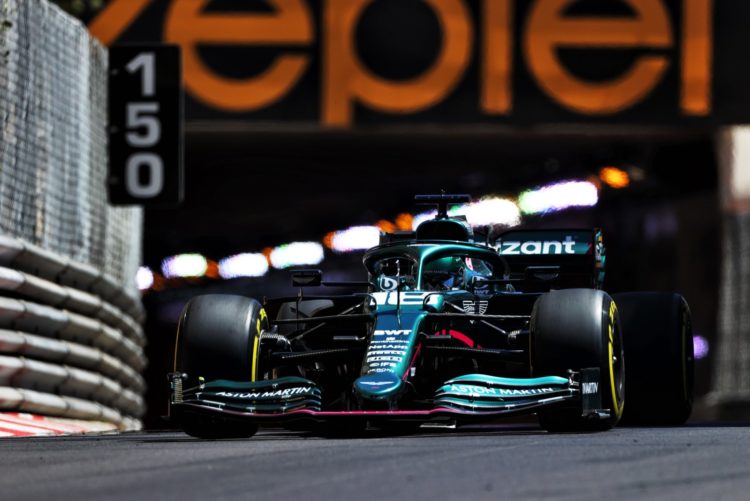 Aston Martin has announced a new partnership with Racing Pride in order to promote LGBTQ+ diversity and inclusion within motorsport.

The alliance, to coincide with June’s Pride Month, will feature a series of social and community initiatives and content pieces.

Racing Pride’s logos will also feature on the bodywork of Aston Martin’s AMR21 at the French Grand Prix later this month.

Racing Pride was launched in June 2019 in order to promote LGBTQ+ inclusivity within the motorsport industry and its technological and commercial partners.

“Aston Martin is committed to being a safe and inclusive environment for the LGBTQ+ community, and our alliance with Racing Pride enables us to further that ambition – for our staff on both a personal and professional level,” said Aston Martin team boss Otmar Szafnauer.

“Working alongside our friends at Cognizant, we’re delighted to be able to communicate a more pro-active stance – especially across Pride Month – but we’re committed to equality within the organisation, and this is a measurable step for us to undertake to showcase that determination.

“Additionally, we hope our engagement with this issue will act as a beacon for the rest of the motorsport world to follow our example.”

Racing Pride co-founder Richard Morris said: “This landmark partnership between Aston Martin and Racing Pride will have a widely felt positive impact for the LGBTQ+ community.

“We look forward to continuing to work closely with the team as it constantly strives to create an inclusive culture in which all team members are respected, empowered, and valued.

“The commitment of Aston Martin to be a leader in creating true equality – which this partnership represents – will be a source of inspiration to the LGBTQ+ community within the sport, among its global fanbase, and in broader society.