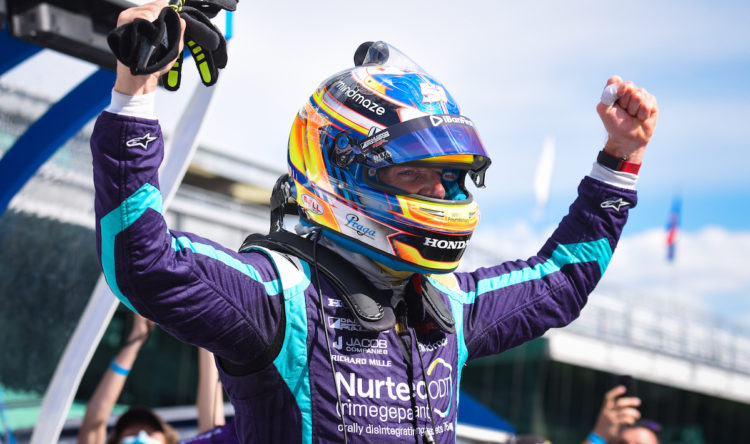 Romain Grosjean claimed his maiden IndyCar pole position at the GMR Indy Grand Prix in a session where rookies came to the fore amid some struggles for more established names.

The Frenchman, in only his third IndyCar start, pushed his No.51 Nurtec-Honda to the absolute maximum to clinch pole by just 0.1269s at the Indianapolis Road Course.

Grosjean, who is contesting the road and street courses with Dale Coyne Racing after departing Formula 1, will be joined on the front row by two-time champion Josef Newgarden.

“Amazing,” Grosjean said. “When I saw the [qualifying] group I was in, I was like, ‘Oh, dear, if we can get out of the first group, we’re going to be OK,’ and we did. That last few laps, we were on it. What a day for us. I’m happier than I have been in a very long time.”

Meyer Shank Racing’s Jack Harvey appears to have an affinity with the Indianapolis road course after he equalled his best qualifying position with third in the No.60 AutoNation-Honda.

Alex Palou was Chip Ganassi’s only driver inside the top 12. The Spaniard looked to be in the fight for pole, but ultimately fell away to fourth.

Scott McLaughlin and Conor Daly bagged their first Fast Six appearances respectively. The Kiwi carried his superb form from Texas to put his No.3 PPG-Chevrolet in front of Daly on the third row.

Rinus Veekay narrowly missed out on the Fast Six and will head the fourth row in seventh place with Colton Herta for company in eighth.

British-Emirati Ed Jones enjoyed his best qualifying session of the 2021 season so far and will start Saturday’s race from ninth with 2018 winner Simon Pagenaud alongside.

Will Power caused a red flag in the opening stages of the Firestone Fast 12 after spinning at Turn 13 and subsequently lost his times and will start 12th.

Alexander Rossi and Scott Dixon both made shock exits from the first part of qualifying; the Californian had shown pace in practice but it failed to translate to passing into the Fast 12.

Dixon suffered clutch issues in the second practice session which left the six-time series champion with little experience on the softer red Firestone tyres in the ever increasing temperatures.

Saturday’s GMR Grand Prix is set to get underway at 14:30 EDT. 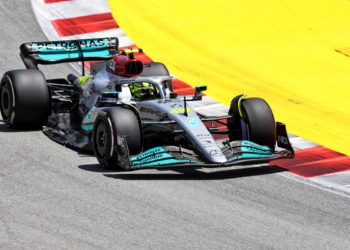