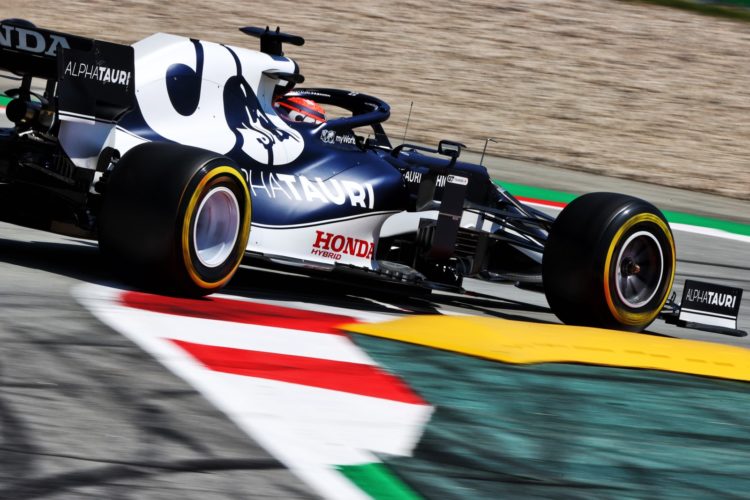 Yuki Tsunoda expressed frustration and says he has “question marks” over his AlphaTauri AT02 in the wake of his Q1 elimination in Spain.

Tsunoda starred on his debut in Bahrain to score two points but the Japanese rookie has since had a more challenging run.

He crashed out in Q1 at Imola before enduring a low-key weekend at Portimao in which he struggled for pace.

Tsunoda was eliminated in the first knockout segment at the Circuit de Barcelona-Catalunya on Saturday and vented his frustration over the radio.

Speaking in the TV pen after the session Tsunoda said that “it’s always different feedback compared to my team-mate.

“Maybe of course it’s just the driving style, but I don’t know what’s happened and why I’m struggling this much.”

Tsunoda also dismissed suggestions that tyre preparation for his lap was a factor.

“I was not pushing too hard on the out-lap, just did normal and the tyre temperature is quite spot on before the lap,” he said.

“I just feel from my side like the other car is really slow compared to my car, especially the out-lap. I don’t know why they’re slow, I think most of the cars are slower than me.

“But my team, we set-up the tyre to be faster, I don’t know… it’s not the place I want to fight. The performance in this car is easy to get through to Q2 but I really struggled to even get through to Q2.”