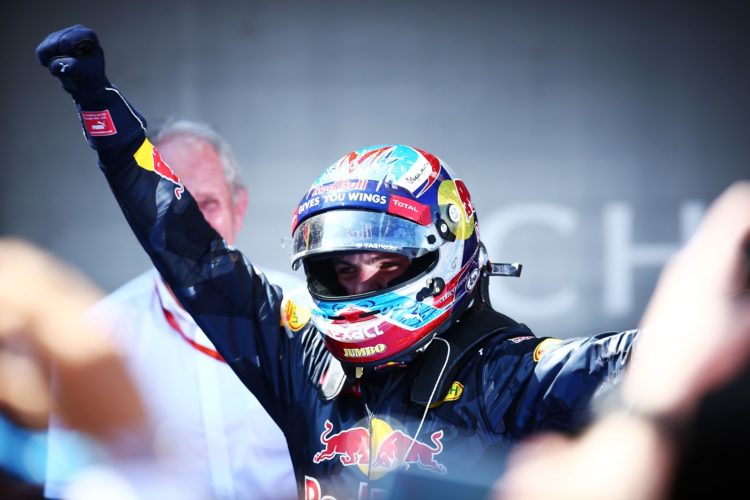 Max Verstappen will this weekend mark his 100th appearance in Red Bull colours at the scene of his shock win on his debut race for the squad.

Verstappen, then 18, was promoted from Toro Rosso to Red Bull four races into the 2016 campaign – has second in Formula 1 – in place of Daniil Kvyat.

Verstappen qualified fourth at the Circuit de Barcelona-Catalunya but climbed to second when Mercedes duo Nico Rosberg and Lewis Hamilton collided, and wound up on the superior two-stop strategy to the three-stopper employed by Daniel Ricciardo.

Verstappen went on to claim a shock victory and has since added another 10 to his tally, entering this weekend’s Spanish Grand Prix eight points behind title leader Hamilton.

“Barcelona will always hold special memories for me,” said Verstappen. “Your first F1 win is pretty emotional, especially when it is a bit of a shock to everyone as it was my debut for the team.

“I don’t really get emotional that often but I was pretty close to tears that day and so was my Dad.

“Everything flashes through your head of how you got to Formula 1. It wasn’t all easy and people think that when you are winning it looks pretty easy but you have to do the hard work to get there.

“Like all young drivers we spent a lot of time away from home, driving around Europe and working as hard as possible. Of course, I had a big help from my Dad who prepared me very well but there is no guarantee you will make it to Formula 2 but as a family that was always the goal.

“Suddenly, after the win, it all flashes through your head and it was an incredible day. I’ve said it many times, my first win was a shock, nobody expected it, so it will be a day I will never forget. I’m very grateful to everyone who worked with me and got to that point at such a young age.

“Getting to 100 races with Red Bull has gone so quickly to be honest, I didn’t know it had been that many! I must be getting old!”

Verstappen trailed title rival Hamilton at Portimao but expects a tight scrap at the Catalan venue this weekend.

“I think it can be a good track for us, but I do expect Mercedes to be very quick too so it’s going to be very close again and it’s just going to depend on who finds the best set-up,” he said.

“We know Barcelona is a normal track in terms of grip levels, unlike Portugal, so there we can see the real pace of the cars again.”