Barcelona gets approval for 1,000 fans on race day 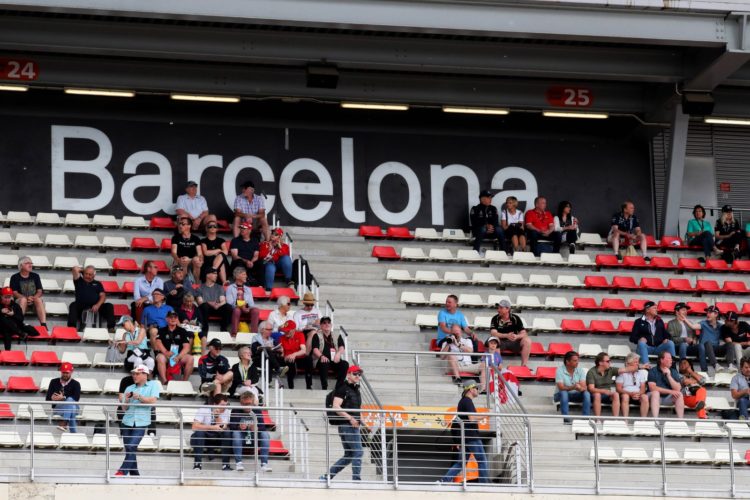 A limited number of spectators will be permitted access to this weekend’s Formula 1 Spanish Grand Prix.

The last two Formula 1 events in Italy and Portugal have been held behind closed doors and a similar stance was set to be adopted for the upcoming round in Spain.

But on Monday organisers announced that 1,000 fans will be permitted to be present for Sunday’s grand prix.

It is in line with a state of alarm being lifted in the country on the same day.

Under the revised protocol outdoor events can be held with a capacity of either 50 per cent or a maximum of 1,000 people – whichever is lower.

Circuit de Barcelona-Catalunya Members will be able to apply for a ballot in order to watch the race from the venue’s main grandstand on Sunday.

Those present will have to wear masks at all times, are prohibited from consuming food or drink, while a body temperature check will be undertaken upon entry.

“We are very satisfied to be able to make the first step towards a gradual opening of our facilities,” said General Manager Josep Lluis Santamaria.

“We can welcome again all those who love motorsport, even if this time, it will only be a small number.”

Last year’s event, which was moved to mid-August, was held without spectators.

Formula 1 expects the presence of fans in 2021 to be determined on a country-by-country basis.

A final decision on fan attendance in Monaco has yet to be made though organisers of June’s Azerbaijan Grand Prix have already opted to run behind closed doors.