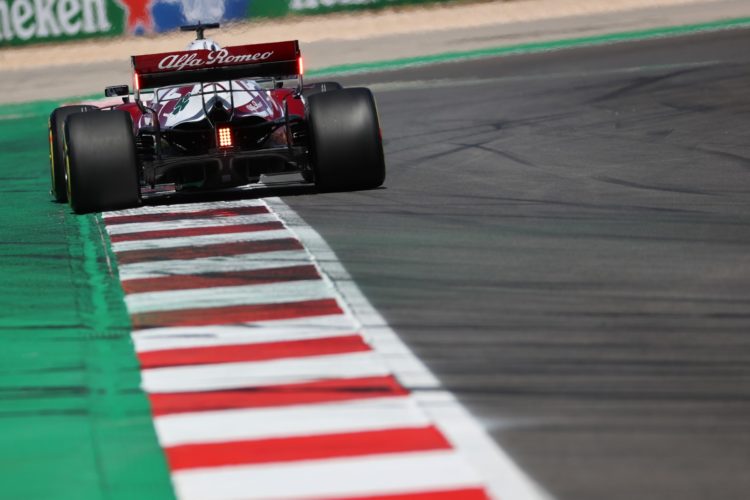 Kimi Raikkonen’s Emilia Romagna Grand Prix penalty has been upheld, following a request to review by Alfa Romeo, confirming the results of the race.

Raikkonen spun prior to the restart at Imola two weeks ago and did not take up his original position in the train of cars.

As a consequence, having then failed to enter the pit lane as per the regulations, he was handed a 30-second time penalty in lieu of a stop/go sanction.

Raikkonen finished ninth but the penalty relegated him outside of the points-paying positions.

Alfa Romeo requested a right to review and following a hearing at Portimao they were granted another meeting with the stewards.

The stewards accepted that “a red flag during a Formula 1 race is a rare occurrence and the circumstances for a rolling restart are even rarer” and that there were ambiguities and several regulatory clauses that could be interpreted in different ways.

“The stewards understand why Alfa Romeo acted as they did – first to tell the driver to re-take his position, then later to tell him not to re-take the position — the Stewards stand by their original decision that the Competitor committed a breach of Art. 42.6 by failing to re-establish his starting position during the lap behind the safety car,” confirmed a statement.

“The mandatory penalties that are in the FIA Formula One Sporting Regulations are specifically intended to take discretion regarding penalties out of the hands of the Stewards, even or specifically when the Stewards find mitigating circumstances.”

With the appeal rejected, and Antonio Giovinazzi finishing 12th in Portimao after Raikkonen’s first-lap incident, Alfa Romeo remains without a point in 2021.