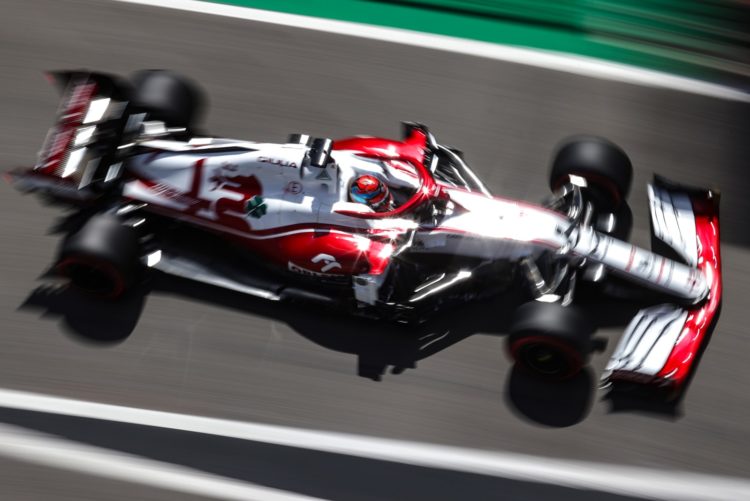 Alfa Romeo has been granted a right of review over the penalty that was handed to Kimi Raikkonen at the Emilia Romagna Grand Prix.

Raikkonen finished ninth, collecting two points, but was handed a sizeable 30-second time penalty, in lieu of a stop/go sanction, for a pre-restart transgression.

It dropped Raikkonen out of the points while promoting Alpine duo Esteban Ocon and Fernando Alonso to ninth and 10th respectively.

Raikkonen was unable to re-gain his position at the restart, having spun under the Safety Car, but did not drive through the pit lane as stated under the regulations.

Alfa Romeo underlined that it was potentially unsafe for Raikkonen to attempt to regain his position and was subsequently unable to receive approval from Race Control before the Safety Car lights went out.

Alfa Romeo lodged a petition for a right to review with the stewards and a hearing was held at Portimao.

Stewards outlined that Alfa Romeo provided “extensive documentation, including three main documents and sixteen annexes” in a bid to take the process to the next stage.

It was deemed by the stewards that some of the information provided by Alfa Romeo is “significant and relevant” and was unavailable to Alfa Romeo at Imola.

A hearing will now take place at 11:00 local time on Sunday in order for the penalty to be reviewed and potentially revoked.