Mercedes tech chief Allison made decision to step back in 2019 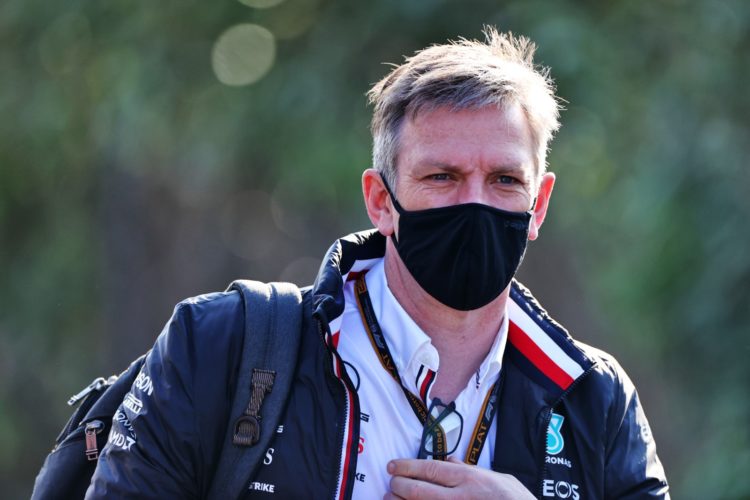 Mercedes’ outgoing Technical Director James Allison says the decision to step away from his day-to-day duties at the Formula 1 team was made in 2019.

Allison joined Mercedes as its Technical Director ahead of the 2017 campaign, following prior stints at Larousse, Benetton/Renault/Lotus and Ferrari, with Mercedes maintaining its title-winning run under his stewardship.

Mercedes announced earlier this month that Allison will move into the newly-created role of Chief Technical Officer in July, with his place to be taken by current Technology Director Mike Elliott.

“The decision that I took to step away from Technical Director, that was a decision that arrived pretty clearly in my head during 2019,” said Allison.

“It was merely a question of organising the timing of that [and] that would allow it to be something that the company could grow in strength in terms of handing over to a strong engineer in Mike Elliott and could do so in a way that would allow the company to contend for championships without missing a step.

“It was a long time ago that I reached that [decision] in my own head and then it takes a while to get the building blocks to make it a reality.

“I wanted to make sure I could be true to this team to make sure I committed to being a Technical Director over a period where I felt I could earn my salt but not to outstay my welcome, and know when the right time to step away was.

“I would rather that was done when I could be useful rather than becoming an embarrassment.

“The period for which I was really comfortable and confident to commit for is what you’ve seen and we have been collectively working to make sure that the transition from me to Mike would be a success and give the company all the benefits and the vigour of a new set of hands in charge.

“There’s a ripple effect through the company and it generally is a very healthy thing for the team.”

Allison stressed that he felt it vital his new role ensured he would never undermine Elliott nor detract from the new technical leadership structure.

“I very much thought that I would be stepping away to my sofa to cheer the team from the sidelines because I didn’t imaging there’d be a space for me in the team, having relinquished this brilliant job,” he said.

“Happily Toto [Wolff] saw it a little differently and between us we worked to see the manner in which I contributed to the team and [there being] an absolute backstop that my future role couldn’t undermine the Technical Director having the real proper responsibility that a Technical Director should have for the challenge beneath him or her.

“The new role had to be one that was not on the front line, part of the day-to-day [running], or on the current or next year’s car. It had to be a role where I could focus on longer wavelength stuff, what the entire company might face, and how could we best equip ourselves technically.

“It really is what it is described as, it is not an operational role – that is the preserve of the Technical Director.”