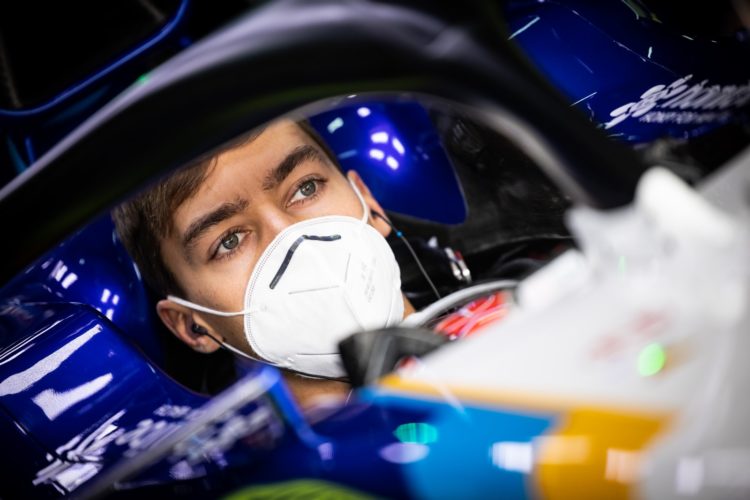 George Russell has outlined that his high-speed clash with Valtteri Bottas at Imola will not affect his long-term relationship with Mercedes.

Russell and Bottas collided along the main straight in slippery conditions and were eliminated in the wake of the high-speed clash.

Stewards deemed the collision a racing incident though in the immediate aftermath both held the other responsible.

Russell, who has raced for Williams since 2019, has been backed by Mercedes since his junior days, and is a candidate for a 2022 seat with the team, for whom he competed in Bahrain last December.

Mercedes boss Toto Wolff outlined that the situation “should never have happened” and while not laying the full blame on either driver made his feelings clear.

“George should never have launched into this manoeuvre considering that the track was drying up – it meant taking risk and the other car in front of him was Mercedes,” said Wolff.

“Any driver development, any young driver, you must never lose this global perspective. Lots to learn for him I guess.”

Russell, though, doubled down and outlined that he felt no need to be more wary fighting a Mercedes than any other opponent.

“It’s not going to harm my relationship with Mercedes at all, I’ve already spoken with them, and there’s understanding from both sides, I’m sure from my side when you’re looking forward you’re not really taking into consideration what car it is,” he said.

“At the end of the day the move was absolutely on, we were only three-quarters of the way down the straight and that would have been a clear easy simple overtake had it not been a little bit damp at that point.

“The point I pulled out it wasn’t damp, the track was going left, I was squeezed slightly to the right, and that’s where the dampness was.

“Should I have reacted how I did afterwards in the heat of the moment? Probably not no, but as I said the emotions are incredibly high. We exchanged words and that’s it.”

The collision came while the pair were battling over ninth position in the race, as Russell chased Williams’ first points finish since mid-2019.

“As I said it was not a reckless move, the move was totally on, Valtteri defended hard and he was fair to do so.

“We were three-quarters of a way down the so called straight, it wasn’t like I lunged from 20 metres back and crashed into the side of him.”