O’Ward gets F1 test bonus if he wins IndyCar race 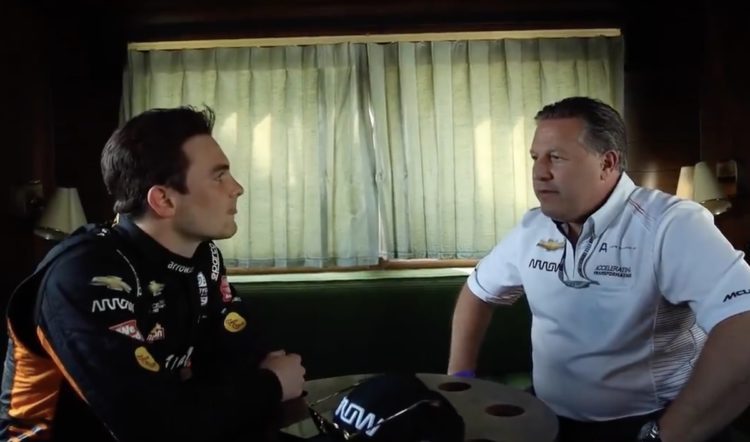 McLaren Racing CEO Zak Brown has offered Pato O’Ward an opportunity to test McLaren’s MCL35B Formula 1 car, but only if he claims a maiden IndyCar victory this year.

The bet is the second made by Brown this season, after he offered new hiring Daniel Ricciardo the chance to drive Dale Earnhardt’s 1984 Wrangler Chevrolet Monte Carlo car if he claims a podium finish.

Ahead of the season-opening Indy Grand Prix of Alabama, in which O’Ward qualified on pole, Brown called the Mexican racer into his motorhome ahead of the race to offer him the deal.

“I got an idea,” said Brown. “You’ve already had a third. You’ve already had a second. So if you win one, I talked to Andreas [Seidl, McLaren F1 team principal], we’ll put you in the F1 car at the end of the year after Abu Dhabi… you’ve got to earn it.”

O’Ward replied: “Let’s gooooo! I will get you your win. Hopefully multiple wins.”

The offer would involve O’Ward taking part in F1’s post-season Abu Dhabi test, which is usually set aside for ‘young drivers’ with less than three race starts.

The 21-year-old, who is a former Red Bull junior, finished fourth in IndyCar’s season-opener and led for 25 laps. He finished just four-second adrift of eventual race winner, Alex Palou.