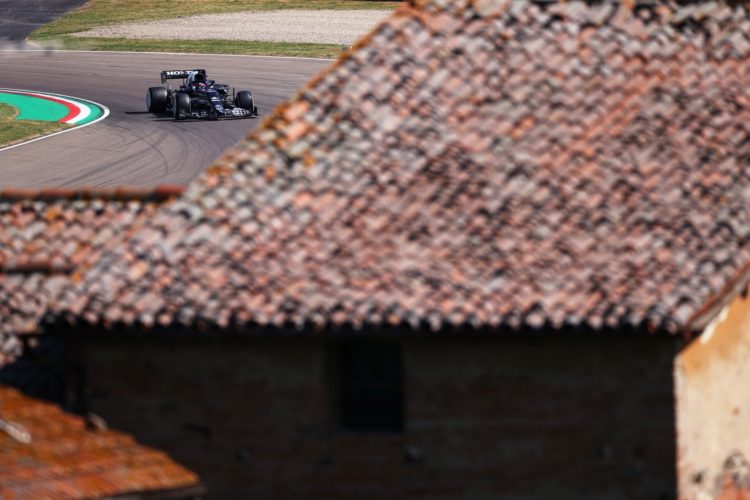 Mercedes led the way in both Friday sessions, with Valtteri Bottas eclipsing Hamilton by a hundredth of a second, while AlphaTauri classified third courtesy of Pierre Gasly.

Gasly, who qualified fifth in Bahrain, was just 0.068s down on Bottas at the conclusion of second practice.

“Positioning is quite important here, it’s very hard to follow at this track,” said Hamilton. “So nailing the set-up and really maximising tomorrow is going to be important.

“But AlphaTauri, they’ve done an amazing job this year and are looking incredibly fast. It’s really great that Pierre has a good car underneath him and excited to see him up there.”

Hamilton also suspects the nature of the Imola layout, as well as cooler conditions, has assisted Mercedes’ prospects.

“I think the team has definitely worked really hard to try and understand what happened in the last race where we were weak and see if we can try and tweak the car a little bit better with set-up,” he said.

“I think the track has also come a little bit more in our direction.

“When it’s this cool, it’s obviously a nice day but the last place we were at in Bahrain obviously it’s so warm, so when you go out already the temperatures are going up, they’re overheating from entry, through middle, to exit of each corner.

“Whereas here you’re kind of in a nice sweet spot in temperature so it’s not so bad.”