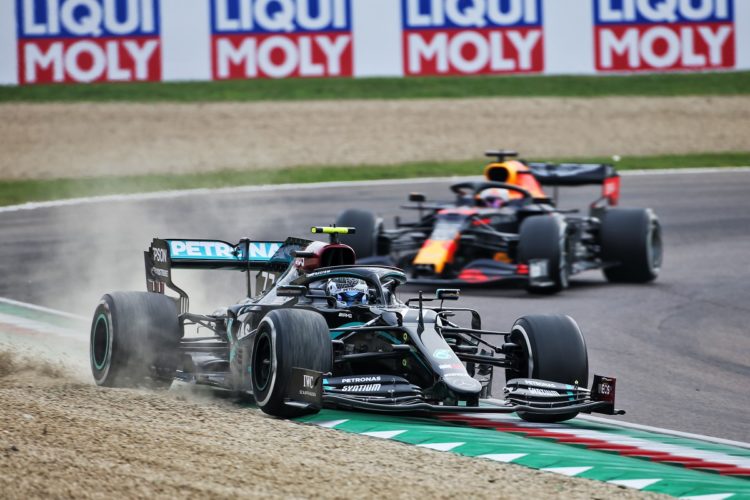 Formula 1 boss Stefano Domenicali has ruled out moving to a two-day weekend format, despite successfully trialling the idea last year.

F1 has looked at various ways to increase excitement, including format changes. This year the sport has cut practice down from three hours on Friday to just two, split across two 60-minute sessions, and it’s expected it will run three ‘sprint qualifying’ sessions as part of an experiment.

Last year F1 trialled a two-day weekend at the Emilia Romagna Grand Prix at Imola, which featured just one 90-minute practice session on Saturday, followed by qualifying and then the race on Sunday.

That came off the back of an unexpected two-day weekend at the Nurburgring, when track action only took place across Saturday and Sunday, following Friday’s abandonment due to foggy conditions.

That was deemed a success by teams and drivers as not only did it cut down on costs, it allowed for teams to arrive at the track later, reducing their workload.

But Domenicali says the idea won’t be adopted because it also has disadvantages, particularly for fans and circuits, which get one less day of on-track action.

“All the organisers really wanted to have a full experience for the people and for the crowd, so we need to respect that,” the Italian said in an F1.com video.

In the video, Domenicali also shared his view on a number of other topics including adding a second race in the US, whether or not it’s likely a female driver will race in F1 within the next 10 years and whether the budget cap will actually have an impact.

“Yes,” he replied. “Not only because of the money involved, but because it requires a change of mentality, a change of organisation, mainly for the top teams.”