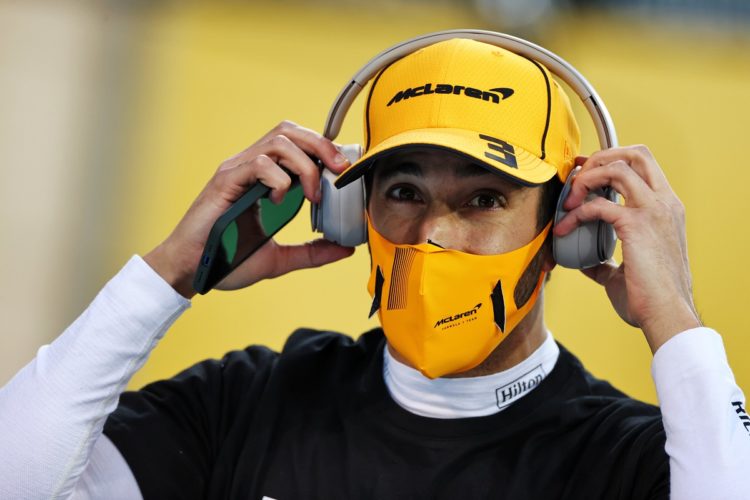 Daniel Ricciardo has been promised a drive in Dale Earnhardt’s 1984 Wrangler Chevrolet Monte Carlo car if he claims a podium finish with McLaren.

Ricciardo has often named Earnhardt as his racing hero, adopting the NASCAR driver’s famous number three as his race number in Formula 1.

Prior to the start of the 2021 season, Ricciardo joked with the media, stating he could form a bet with Brown regarding a podium finish, with one of Brown’s cars on the line.

“I know he’s got a pretty good car collection,” Ricciardo said. “So maybe we could just bet one of his cars or something.”

However, it now seems that Brown has taken Ricciardo up on his comment, posting on social media that “the drive is all yours” if he gets a podium.

At his maiden race for McLaren last Sunday in Bahrain, the Australian claimed seventh place at the chequered flag, running with floor damage for much of the event.

Next on the Formula 1 2021 calendar is a trip to Imola, which is one of two venues (along with the Nurburgring) where Ricciardo reached the top three in 2020 during his final season with Renault.