No clear target, just progress, as Alonso prepares for return 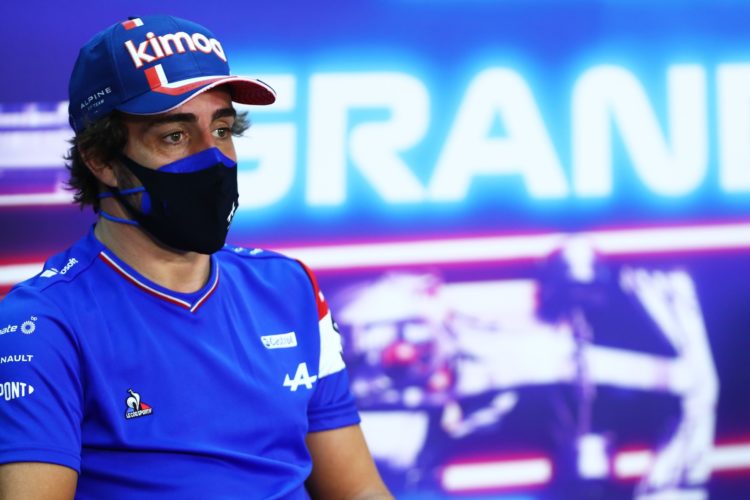 Fernando Alonso says he has “no clear target” of what he wants to achieve during his Formula 1 comeback beyond facilitating Alpine’s progress in the championship.

Alonso, who won the world title in 2005 and 2006, is returning to the grid after a two-year absence, having last competed for McLaren in 2018.

Alonso is on a multi-year deal with Alpine and when asked by MotorsportWeek.com what would mark a successful outcome he replied: “I don’t have a clear target on what I want to achieve in this comeback. A target in terms of results.

“What I want to do is test myself and try to help the team in this important moment of this transition from Renault to Alpine and this great future I think this team has for the next coming years and the new set of regulations.

“I’m here to help the team with the experience and the knowledge that I may accumulate over the years and try to build a momentum into the team that can carry on from 2022 and into the future.

“We all love to win, but there is only one that can do that every Sunday and at the end of the year only one can become champion, so that’s a very difficult target to set.

“I will be happy and I will consider it a success if we grew up together – the team and myself – in the next coming years and we are a contender sooner than later.”

Alonso, 39, once more dismissed any notion that his age will count against him.

“You are trying to make your journey as fun as possible and as enjoyable as possible,” he said.

“At the same time you are working hard to deliver the results and to get those dreams that you have in your head.

“So it’s no different for me, trying to make this comeback a good shot at trying to win races or trying to be as competitive as possible but not with a clear target or a clear time set on things.