Can Vettel win another Formula 1 title at Aston Martin? 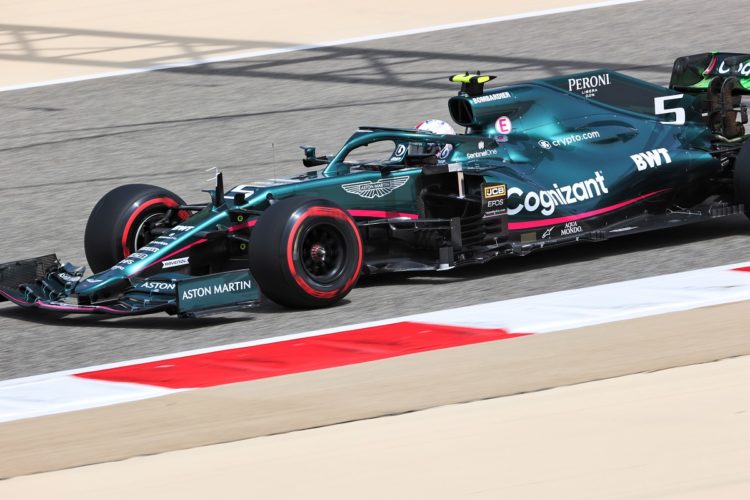 When Sebastian Vettel swapped Ferrari for Aston Martin, it sparked debate over whether the German could win another Drivers’ World Championship title.

Despite having four titles to his name and being the fifth-youngest points collector in Formula 1 history, he hasn’t given up hope of equalling Juan Manuel Fangio’s total of five Drivers’ Championship honours. Within the current era of F1, however, it will be tricky for any team to overpower the ever-dominant Mercedes and Lewis Hamilton, who’ll be aiming for another championship double in 2021. But, if fans are seeking a contender to cause an upset, they need look no further than Vettel. With that, here’s why Seb could rival the Mercedes drivers this season.

Ever since Vettel entered the sport back in 2007, he has rewritten history. In the Lawrence Stroll-owned Aston Martin team, he’s looking to do the same. Crucially, the German rejects the outdated opinion that customer outfits can’t win titles. Dating back to his days as a Red Bull Racing driver, the Heppenheim-born racer has shown that he has the natural talent to be the world’s best open-wheel competitor.

As per the acclaimed Betway Online Wetten blog which analyses title-winning drivers, Vettel became the youngest points scorer in Formula 1 history. This was achieved by a ninth-place finish in the Toro Rosso STR as Robert Kubica’s substitute for the 2007 United States Grand Prix. At the time, the German was just 19 years and 349 days old. Although that record has since been beaten, the four-time World Drivers’ Champion still ranks as the second youngest race winner of all time, behind Max Verstappen. Moreover, Vettel tops the pile concerning the most youthful title winner, clinching his first triumph in 2010 at 23 years and 134 days old!

The framework of a title-winning car

After becoming the youngest double World Driver’s Champion in 2010 and 2011, the young German lifted a further two titles in his final years with Red Bull. Since then, at Ferrari, he has twice finished as the runner-up to Hamilton. On paper, swapping Ferrari for Aston Martin could prove to something of a masterstroke. It’s no secret that Vettel’s new team shares a unique relationship with the Brackley based seven-time World Constructors’ Championship winners.

At present, the Silverstone based outfit has a deal that grants them access to Mercedes’ powertrain architecture, including their hybrid and electric technology. Intriguingly, Aston Martin will continue to use Mercedes’ power unit in 2021, which will undoubtedly be music to Vettel’s ears. Now, Vettel can really push Hamilton, his long-term rival, without being disadvantaged by less power. Although the BWT-partnered constructor is still chasing Toto Wolff’s team, the regulation changes in 2022 will open the door to a more tightly-contested grid.

No desire to prove critics wrong

By his own admission, Vettel isn’t out to get one over on those who’ve written him off. In fact, Aston Martin’s team principal, Otmar Szafnauer, believes that the German is out to prove something to himself. On raw talent, the 33-year-old perhaps should have won more World Drivers’ Championships. However, his pursuit of glory is far from over, with Stroll’s team giving him another opportunity to rewrite history…