Technical Insight: Why is Alpine’s engine cover so chunky? 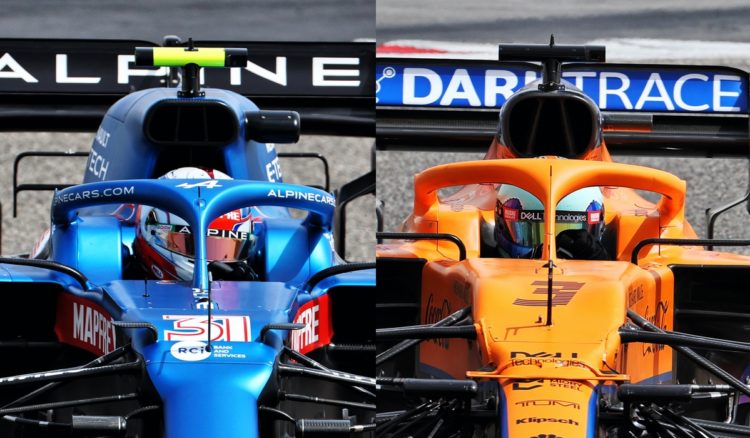 On the opening day of testing we posted a photo comparing the size of the engine cover on the Alpine A521 compared to the McLaren MCL35M – which features a more traditional slim engine cover widely seen on the grid.

You can see in that same comparison above just how large the A521’s engine cover/airbox is…it’s vast!

This will obviously have some drawbacks in terms of both drag and the amount of airflow reaching the rear-wing, which could cause some stability issues at the rear, however there is a reason Alpine has gone down this route, despite those obvious disadvantages.

New regulations for the 2021 season mandate changes to the floor and rear diffuser, which the FIA did in order to cut rear downforce levels. Teams have been working hard to recover that downforce loss by directing more airflow to the floor in order to make up for the loss of surface area.

To do this, teams have shrunk the rear of the bodywork to maximise the floor area and have heavily sculpted sidepods to channel as much airflow to that area of the floor. But Alpine has taken a different path.

By relocating the radiators which cool the oil higher up (i.e. above the sidepods), Alpine has created additional ‘free’ space which it has made use of by shrinking its sidepods, creating a larger opening above and below as well as additional floor space to channel more air around the outside of the sidepod.

The alternative – which is more popular – is to sandwich the radiators on top of one another inside the sidepod. Although this requires them to be larger, it frees up space higher up, allowing for the slimmer engine cover/airbox we’re used to seeing.

You can see in the above comparison how the Williams isn’t as sculpted as the Alpine and has less floor area as a result.

But there is a tradeoff which can be seen below; Alpine isn’t able to slope its sidepods as much because of the much wider engine cover and therefore cannot take as much of an advantage of the Coanda-effect – where airflow attaches to the surface – as other teams which make use of a very narrow rear, often referred to as the ‘coke bottle’ because it follows the same shape.