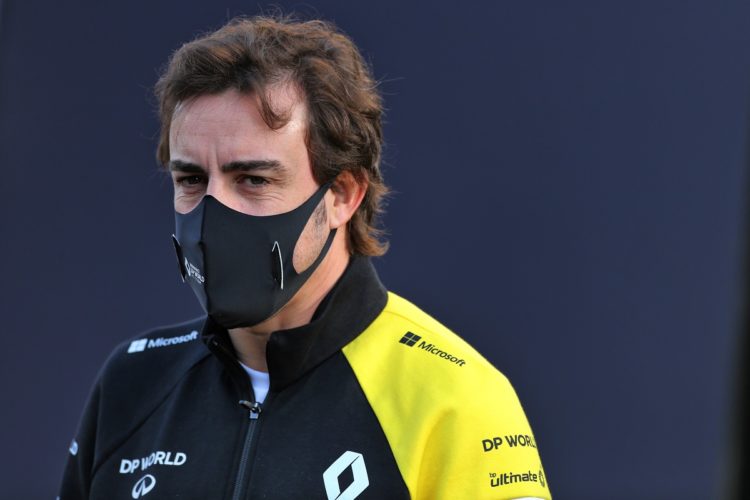 Alonso was hit by a car while cycling in Switzerland and underwent surgery for a broken jaw, before being discharged from hospital a handful of days later.

The accident threatened Alonso’s immediate comeback to F1 with Alpine, as he returns on the back of two years involved in other racing programmes.

The Spaniard is expected to be fit for pre-season testing next week in Bahrain, which commences less than 30 days after his biking incident.

“Fernando is doing very well,” said Alpine’s CEO Laurent Rossi. “He had a bad incident, a bike accident is rarely something that is easy but he was lucky.

“He ended up only suffering from his jaw so, besides the necessary surgery, the necessary care on his jaw, the rest is totally fine.

“Fernando is completely fit. We are even surprised he’s recovered so quickly.

“He confirmed to us immediately almost after the incident that he would be here in Bahrain which has been confirmed with his doctors and it looks like he was right because he’s absolutely fit and we’re looking forward to seeing him next week in the car.”

Having left the sport in 2018 following a handful of difficult years with McLaren, Alpine claims the 39-year-old is “extremely motivated” after taking time off.

“We have a guy which is a great champion and also I can feel him extremely motivated,” said the team’s Racing Director Davide Brivio.

“He’s coming back into a difficult sport, difficult environment while he was enjoying different activities, so his desire to be back in the most difficult championship and to fight against everybody shows how strongly motivated he is.

“I can feel chatting with him, you can see how hard he is working, how strong is his desire to be back.

“So I’m sure he will put in all his effort. If we were to be capable to give him a good package, for sure he will be able to fight for the great positions.”