Portugal expected to get approval for May round at Algarve 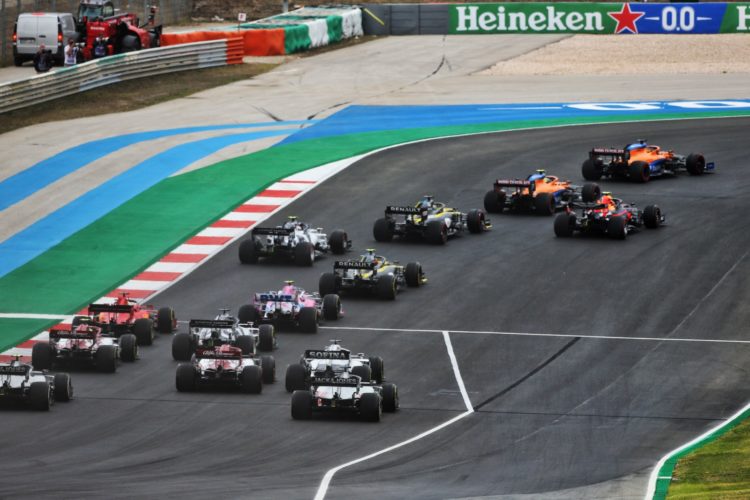 Portugal’s Algarve Circuit is set to be approved for a Formula 1 race this May after several weeks of discussions between relevant authorities.

Portugal returned to the Formula 1 calendar in 2020 following a 24-year absence as the championship raced at the Algarve venue, near Portimao, for the first time.

Formula 1 initially did not include Portugal on its 23-event 2021 schedule but Portimao remained a back-up venue in the event of the Covid-19 pandemic forcing further changes.

The championship restructured its opening portion of the calendar in January, with Australia moved to November, and China indefinitely postponed.

Italy’s Imola circuit, which also featured in 2020, took a spot on April 18 while the TBC round was listed for May 2, a week before Spain’s event in Barcelona.

Portimao emerged as a front-runner for the event but the situation has been complicated by the tight Covid-19 restrictions both in the country and in the United Kingdom, where the majority of personnel are based.

Formula 1 received exemptions in 2020 but amid worsening situations, and the emergence of new variants, some sporting events are no longer receiving waivers.

The upcoming Europa League clash between Arsenal and Benfica, due to be played across two matches in London and Lisbon respectively, has been moved to Rome and Athens.

The United Kingdom is poised to introduce a mandatory 10-day hotel quarantine period for travellers returning from ‘red zones’ and Portugal is currently on the list.

However it is understood that affected personnel will be able to travel straight from Portimao to Barcelona – as would usually be the case for back-to-back rounds – and then delay their return from Spain to cover the 10-day period, assuming the impending protocols remain in place in May.

Formula 1’s back-up plan, in the event that an agreement was not reached with Portimao, was for successive events to take place in Bahrain across late March and early April.

If the event receives the green light from Formula 1 it will leave Portimao hosting the World Endurance Championship, MotoGP and Formula 1 in the space of just five weekends.