Technical Insight: Why Ferrari’s new ‘superfast’ Power Unit might not be enough 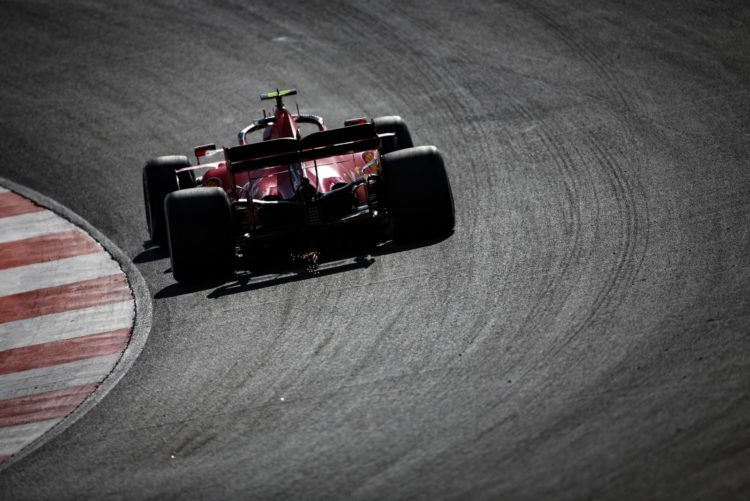 Ferrari can finally wave goodbye to the disastrous 2020 season, one of the worst in its history, and look forward to a brighter 2021 with its new Power Unit, which has been internally nicknamed “superfast”… or can it?

With the carryover of large parts of its SF1000 and limited development permitted under the regulations forced through last year because of the pandemic, the SF21 – as it will be known – won’t be a major departure from its predecessor, simply because teams can’t make unlimited changes, in fact, they’re limited to making very minor updates, bar those required by the rules.

Although Ferrari has blamed its engine for much of its ’20 woes and are hyping up its replacement as the answer to its problems, that seems rather unlikely, even if it really does make the step forward the team are promising.

The car itself has major technical shortcomings and those will be difficult to fully fix next year under the token system, but perhaps it won’t be quite as disastrous as this year, but don’t expect a Ferrari to be battling it out with Mercedes and Red Bull until at least ’22!

A lot of work has been done during the current season to redesign the power unit (065), which arguably was its greatest downfall following a number of new technical directives over fuel flow rates and the use of additive oils in light of an investigation by the FIA over engine ‘trickery’ during the ’19 season.

This led to a secret agreement signed last winter between Ferrari and the FIA which forced Mattia Binotto’s team to abandon the strengths of Power Unit 064, to avoid further penalties and of course to protect the famous brand.

There has been no final judgment – at least not publicly – of quite how or what Ferrari were doing, but its rivals have their suspicions which ultimately led to the FIA stepping in. It’s alleged the engine was able to use more than 100 kg/h of fuel imposed by the regulations through certain engine mappings, somehow evading the fuel flow sensor which is monitored by the governing body.

Going into the technical details, the Ferrari Power Unit was able to bring a greater amount of gasoline into the combustion chamber within the time intervals of the flow meter fuel flow reading (calibrated at about one reading per second). Although not explicitly a violation of the regulation, as the fuel flow rate was within the norm between one reading and the next, the Federation had to intervene by introducing two cascade flow meters this year, with reading sensors at staggered intervals, so as to make it impossible to exceed the capacity of 100 kg/h.

With regards to the use of additive oils that added to the calorific value of the petrol (thus not performing only the function of lubrication), the FIA imposed a limit on the use of oils to 300g per 100km for 2020, half the amount compared to the previous season.

The consequence of this is that the results seen on the track in 2020 highlighted the real weakness of Ferrari this year, namely a lack of performance of the Power Unit 065, when the direct competitors have progressed from the previous season.

Data suggests the 2020 Power Unit turned out to be less than about fifty horsepower down compared to the 2019 one, with a gap of 80hp from the 2020 Mercedes, which has progressed considerably on this front compared to the year before.

Even the abolition of the “Party Mode” starting from the Monza GP was not enough to bring Ferrari any closer to its rivals.

The abolition of Party Mode has not significantly limited Mercedes’ performance, and the dominance of the Brackley team has not stopped in the least. The Mercedes Power Unit makes the hybrid part the real strength over its rivals, and it is precisely on that front that Ferrari, since the hybrid arrived in 2014, has always lagged behind the engineers in Brixworth.

Looking ahead to 2021, Ferrari already has a power unit re-designed almost from scratch, which team boss Mattia Binotto is confident will not be lagging at the back of the field.

“I can confirm the engine is running well on the dyno. I think that in terms of performance, it progressed well. Significantly I think compared to what has been 2020,” he said last week.

“I think that we will be back to being competitive as a power unit. I think we will not be the worst in the field, and that is the feeling I got from the figures I’ve seen on the dyno. But I cannot know what the others are certainly doing, or how much they have progressed.”

The name “superfast” supposedly derives from the fact that the new internal combustion engine manages to anticipate the burst times.

The new Power Unit will likely be equipped with a new, smaller turbine in order to act directly on the MGU-H, and improve its efficiency. But in all likelihood, it is on the hybrid part that the work of the engineers of the Maranello team will focus, searching for the lost horses.

A change in stance by Ferrari’s Binotto on agreeing to freeze the engines next year might also suggest he and the team are confident they’ve got it right this time.

It is quite clear that ’21 will also be a year of transition for the Ferrari team, regardless of the Power Unit that the Maranello team will have at its disposal.

The power deficit of the ’20 Power Unit highlighted the fact that Ferrari, from the point of view of aerodynamics and chassis, carries with it past shortcomings, which they have not been able to compensate for with the poor performance of this year’s engine.

The development token regulation has imposed freezing of important parts of the car, such as the frame, internal parts of the suspension, gearbox, etc, which have already been homologated during this season and cannot be changed.

Ferrari has put a lot of focus in the rear area, where in all probability it will spend the two tokens it has available for modifying the rear crash structure and the internal parts of the suspension, to retract the triangle arms for aerodynamic purposes, as already seen on the Mercedes W11 this year.

It will also be important to be able to recover the downforce lost as a result of the new regulations for next season. The floors will be simplified with a diagonal cut in the rear area. During the current season, Ferrari has already tested two different pre-configurations of the cut floor, with which important tests were carried out in the free practice in Abu Dhabi in collecting data on the flow of air influenced by the new technical changes.

Even if the engine is as good as Ferrari believe, it likely won’t be enough to see a red car on the top step, but perhaps more frequent podiums for Charles Leclerc and new signing Carlos Sainz will be possible.

However where it will pay dividends is is in ’22, when the whole grid will reset with a blank sheet of paper on the aerodynamic and mechanical side, but the engines will remain unchanged and could well be frozen if all the teams can agree.