Raikkonen: Alfa Romeo woes were ‘quite clear’ in testing 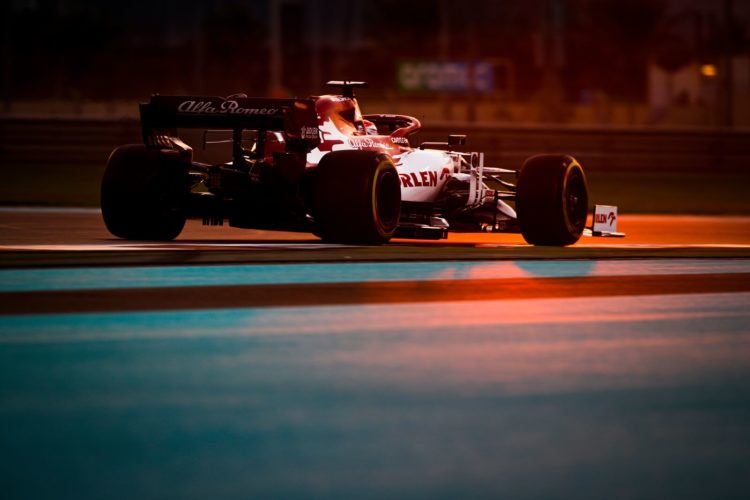 Kimi Raikkonen says it was “quite clear” after Formula 1 pre-season testing that Alfa Romeo was set to struggle through the 2020 campaign.

Alfa Romeo finished eighth in the Constructors’ Championship for a third successive season but scored considerably fewer points than in 2018/19.

Raikkonen and team-mate Antonio Giovinazzi only once made Q3, in the rain-hit session in Turkey, and scored only eight points between them – 99 behind nearest rival AlphaTauri.

The eight points were shared equally between the 2007 World Champion and Giovinazzi, with Raikkonen’s sole top 10 finishes coming at Mugello and Imola, classifying ninth on both occasions.

“For sure it’s not what we expected before the season started or wanted,” said Raikkonen on Alfa Romeo’s year.

“I think it became quite clear after testing that we were not where we wanted to be but there’s obviously many reasons why we’re not that fast as we were, but, from that side, it’s obviously disappointing.

“Obviously, a lot of work has to be done for next year, so that we are in a better position.”

Alfa Romeo’s lack of performance consigned Raikkonen to his worst finish in the championship, 16th, and lowest points return, of his 18 seasons in Formula 1.

“I think last year we did, let’s say, a pretty decent job even if later in the year we were definitively not where we wanted to be,” he said.

“Obviously hopes were higher but quite soon obvious for all of us that we weren’t going to be where we liked to be.

“We just have to work and try to do a better job next year, but that’s how it goes, some years are more tricky for many reasons and, obviously, in this sport the car makes a huge difference.

“Good or bad, I think every year you have disappointing results, good results and some results in the middle. It’s the name of the game.”