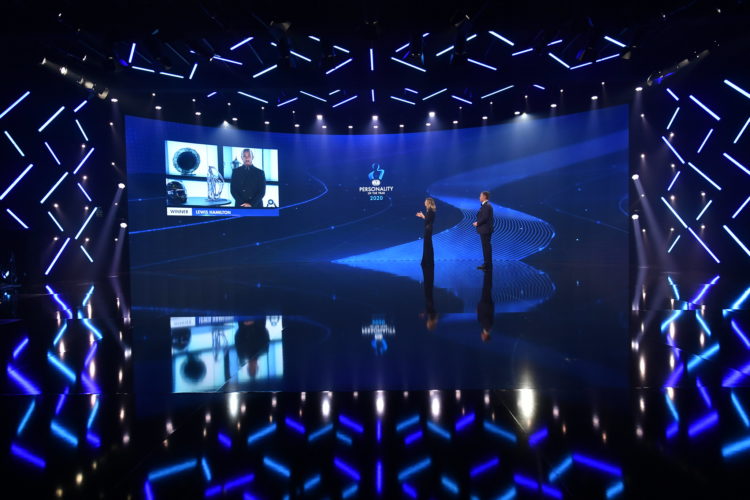 Lewis Hamilton has officially been crowned Formula 1 World Champion for a seventh time after receiving his trophy at the FIA’s Prize Giving Ceremony on Friday evening.

The usual formal event – at which championship trophies are officially presented – took place in Geneva, following the FIA’s General Assembly, but with guests attending virtually owing to the ongoing Covid-19 pandemic.

Hamilton picked up the trophy at Mercedes’ Brackley base while second-placed Valtteri Bottas and third-placed Max Verstappen accepted their respective awards at the Automobile Club de Monaco.

Hamilton also received the Personality of the Year Award, which is voted on by permanently-accredited journalists across multiple championships, the third time that he has claimed the honour.

Alfa Romeo’s Kimi Raikkonen claimed the Action of the Year Award for his exploits on the opening lap of the Portuguese Grand Prix.

Raikkonen rose through the order to emerge in seventh spot on a wild opening lap in Portimao.

AlphaTauri-bound Yuki Tsunoda received the Rookie of the Year Award for his exploits in the Formula 2 championship this season.

The FIA President’s Special Award was accoladed to the FIA’s Medical Crew – Dr. Ian Roberts and Alan van der Merwe – and the Bahraini Rescue Team that were involved in the aftermath of Romain Grosjean’s accident last month.

Hamilton and Schumacher were also recipients of the President’s Special Award, with Schumacher’s wife Corinna accepting the accolade on his behalf.

Todt awarded Hamilton and Schumacher with the special recognition for “their shared achievement in winning seven titles, and the inspiration their sporting and personal commitments have brought to the world.”