Perez: I hope I’m not dreaming 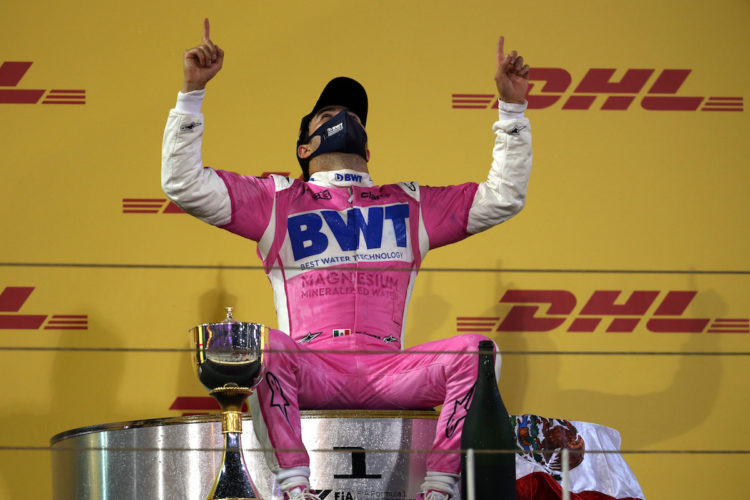 The Mexican produced an outstanding recovery drive, as he was demoted to the back of the field after lap one when he got tangled up in a crash with Ferrari’s Charles Leclerc.

However, Perez pushed his way through the pack and found himself in the race lead when Mercedes ran into trouble during the pit stops under a Safety Car for both George Russell and Valtteri Bottas.

His quest for victory was made easier when George Russell, on his Mercedes debut, was forced to pit from second due to a slow rear tyre puncture in the final stages of the race.

“I am a bit speechless,” Perez said. “I hope I am not dreaming because I dream so many years, being in this moment.

“10 years, 10 years it took me. Incredible. I don’t know what to say. After the first lap, the race was again gone, same as last weekend.

“But it was all about not giving up, recovering, going for it, just making the best we possibly could.

“The season, the luck hasn’t been with us this year but we finally got it. I think we won today on merit, the Mercedes’ had some issues but in the end my pace was strong enough to hold [off] George, who did a fantastic race today.”

Perez is still without an F1 contract for 2021, with Red Bull being the only potential destination for him.

With no future in F1 yet secured, Perez says if he leaves the sport for good at the end of the year, he can do so with more inner peace having now claimed a race victory.

“It just gives me a bit more peace with myself,” Perez said. “What happens is not so much in my hands at the moment, but I know and I want to keep going.