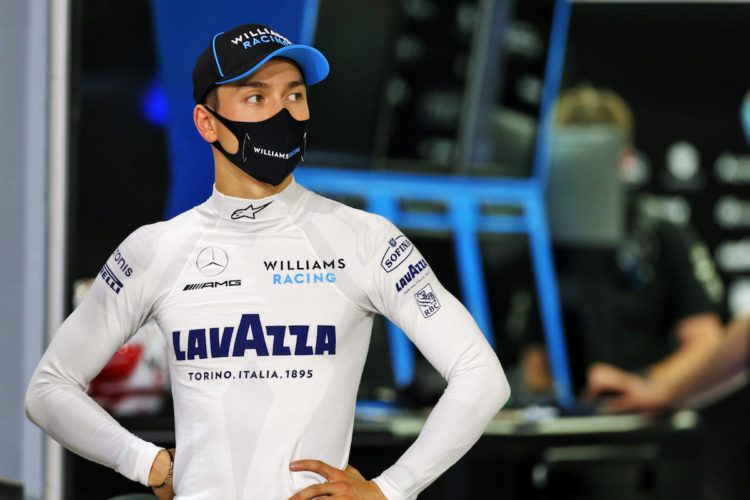 Jack Aitken is hopeful the short layout of the outer circuit in Bahrain will create “chaos” and aid his chances of scoring points on his Formula 1 debut this weekend.

Aitken has been drafted in to replace George Russell at Williams, who in turn is stepping in for Lewis Hamilton at Mercedes, as the seven-time World Champion has contracted Covid-19.

The 25-year-old was signed as Williams’ reserve driver earlier this year, and made his FP1 debut with the team in Austria in July.

Aitken described the experience of taking part in a practice session with the team as “invaluable” as he prepares for his first F1 race.

“It’s the only opportunity I’ve had so far to sample the FW43,” Aitken said. “And any experience I can call upon coming into the weekend is going to be helpful.

“We had a good run there in Austria, we had very limited time to work with, but this weekend should be a bit more relaxed, and it’ll help make that first few steps.”

Williams is yet to score a Championship point this year, and is on course to finish bottom of the Constructors’ standings for the third consecutive year.

However, Haas sits just three points ahead of Williams in the Championship, with Aitken holding out hope that he can help the team’s cause in the standings with points on Sunday.

“The goal for the team hasn’t changed,” Aitken asserted.

“We want to be trying to get up in the fight with the midfield runners and hopefully if there’s a bit of chaos and luck maybe some points, so we’re all going to be pushing for that, same as always.

“It’s a huge opportunity but equally one that I’ve been waiting for for quite a long time and one I feel quite ready for.

“I’ll just approach the weekend like I always do, I’m not really thinking too far ahead in the future at this stage, more just tackling what’s ahead of us this weekend.

“I’ve got everything I need to do a really good job. I’m just going to focus on that for now.”