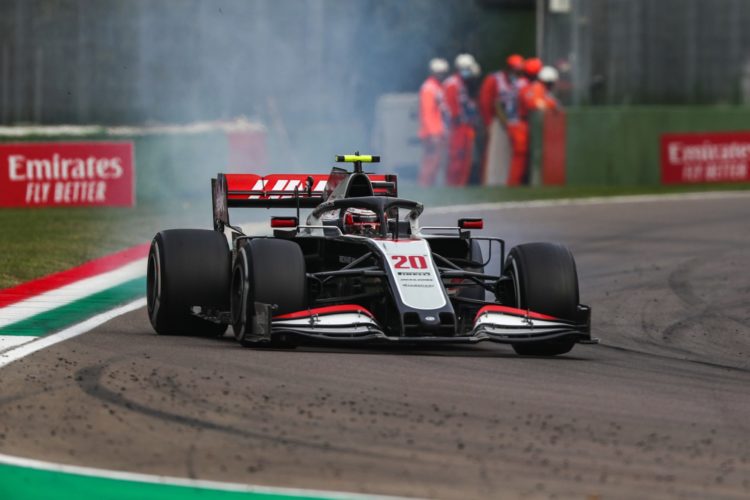 Kevin Magnussen has revealed that a malfunctioning gearbox was to blame for giving him a “massive headache” during a troublesome Emilia Romagna Grand Prix.

Magnussen suffered a gearbox glitch during qualifying and Haas requested to change a sensor under parc ferme rules without a penalty but this was denied by the FIA.

Magnussen’s race was further hindered when he was spun on the opening lap by Ferrari’s Sebastian Vettel.

He circulated towards the back of the field before retiring during the closing stages.

“We had a problem with the gearbox – we had it as well on my fastest lap in qualifying,” said Magnussen.

“The problem came back in the race, it was there from the first lap. I was having slow up-shifts, and not only are they slow, it’s also like a big bang every time you up-shift.

“It seems okay for a couple of laps but then it starts shaking your head crazily.

“By the end I just had a massive headache – I told the team. I think they felt there was nothing to fight for, so they boxed me.

“I mean, I was spun around at the start and that was really the end of it. I lost so much time getting back on track.

“The pace was really good actually, it was better than we had expected – even with the up-shifts that were costing us around half a second a lap.”