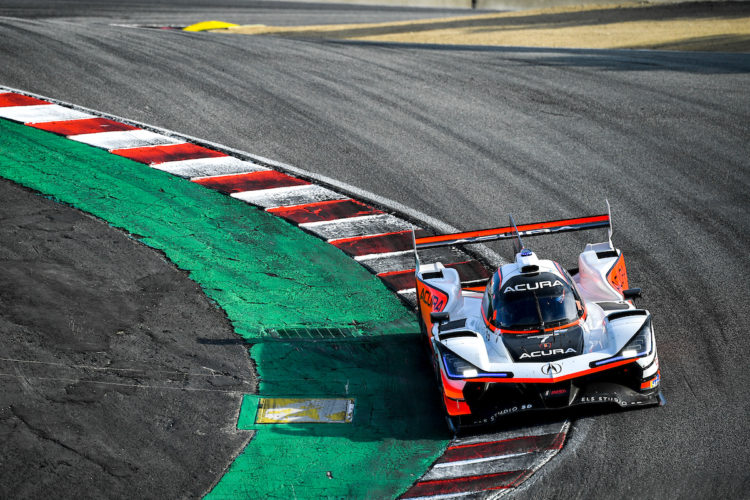 Cameron and Montoya started from pole position in the #6 Acura ARX-05 and remained unchallenged throughout a dominant performance for the pair, until the two cars switched position in the closing minutes in order to give Castroneves and Taylor a maximum points haul heading into the season finale.

Taylor and Castroneves faced heavy pressure from the #31 Whelen Engineering Cadillac DPi-VR of Pipo Derani and Felipe Nasr earlier on in the race.

The battle between the two fierce rivals was ultimately decided when Nasr made a minor error and slide through the grass on pit exit, allowing the #7 Acura ARX-05 to open up a gap.

Derani and Nasr finished third, with the top five completed by the two Mazdas. Tristan Nunez and Oliver Jarvis finished fourth in the #77 Mazda RT24-P, with Jonathan Bomarito and Harry Tincknell fifth in the #55 Mazda.

Earl Bamber and Laurens Vanthoor have finally brought their streak of rotten luck this season to an end by taking a class win in GTLM.

Bamthor took the win in the #912 Porsche 911 RSR-19 after Vanthoor seized the lead from the #3 Corvette C8.R of Antonio Garcia and Jordan Taylor in the opening hour of the race, an order that would remain throughout the rest of the race.

Tommy Milner and Oliver Gavin finished third in the #4 Corvette C8.R after Milner passed the #911 Porsche 911 RSR-19 of Fred Makowiecki and Nick Tandy late in the race, dropping the Porsche to fourth in the process.

The two BMWs completed the running order in a race that remained green throughout, with the #25 BMW M8 GTE of Connor de Phillippi and Bruno Spengler fifth and the #24 BMW of Jesse Krohn and John Edwards sixth.

Along with winning in DPi, Acura has also taken victory in GTD, thanks to Mario Farnbacher and Matt McMurry. The pairing started the race from pole in the #86 Meyer Shank Racing Acura NSX GT3 Evo and remained unchallenged throughout. 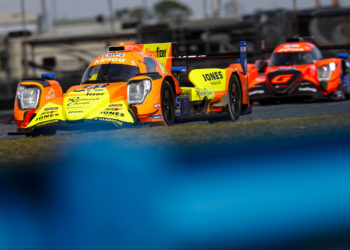 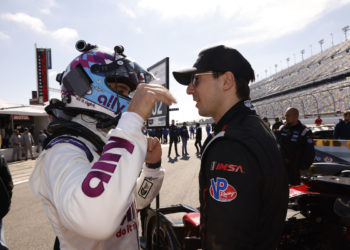