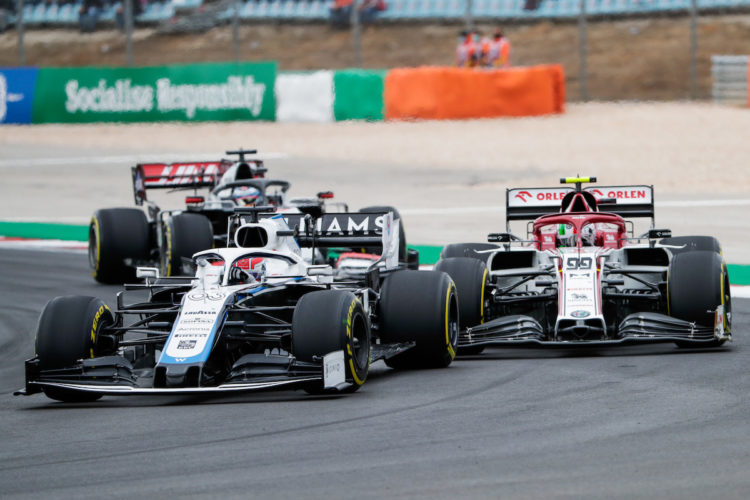 Russell was in the midst of battles throughout the race at Portimao, which saw him temporarily lose control of the car on a number of occasions amid low-grip conditions.

The Briton likened his driving to Maldonado’s save along the Austria start/finish straight five years ago, when the Venezuelan was fighting then-rookie Max Verstappen.

“A bit of Pastor Maldonado-like at the Red Bull Ring on Verstappen, when he massively lost it.

“I felt a lot like Maldonado then. Not something I was expecting to say after this race.”

Russell eventually crossed the line 14th, but was optimistic post-qualifying that his first ever Championship points were on the cards.

The 22-year-old stated it was “typical” there were no high-profile retirements to help Williams’ push for a top-ten finish.

“It’s just bloody typical that every time we have this kind of result, there’s not this crazy, chaotic race,” Russell said.

“But 19 people finished and you don’t have five retirements of drivers who are in the top 10. It’ll come, but plenty of positives to take.”