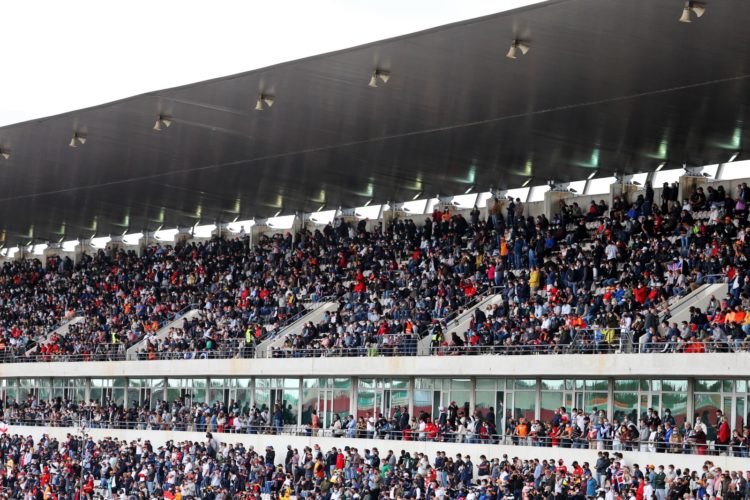 Organisers of this weekend’s Emilia Romagna Grand Prix say they are awaiting clarification on whether spectators will be permitted to attend the event amid tighter restrictions implemented in Italy.

Formula 1 is returning to Imola after a 14-year absence and officials had previously been given the green light to welcome 13,000 spectators per day.

But Italy’s government has tightened measures in recent weeks to prevent the spread of Covid-19.

On Sunday it was announced that bars and restaurants must close by 18:00 while other public facilities – such as cinemas, gyms and swimming pools – are to shut.

The new measures, implemented from today (Monday), have also advised people to avoid travelling where possible, other than for reasons of work, study, health or other emergencies.

Several regions, though not the Emilia Romagna province in which Imola is located, have implemented night-time curfews.

A new decree, as reported by Associated Press, says that sporting events may continue at outdoor venues “without fans in attendance.”

Italy’s top football league, Serie A, had previously been allowed 1,000 fans to attend matches but this permission has now been revoked in light of Sunday’s announcement.

In a statement Imola officials labelled the regulations issued by Italy’s government as “excessively restrictive” and is awaiting a “clear and unequivocal” answer from authorities.

It added that it hopes authorities will “recognise the opportunity to experiment with an innovative way of managing the outdoor stands with the social distancing ensured to allow the continuation of economic activities otherwise destined for extinction.”

“It should be noted that no cases of contagion have ever been reported following the recent management of the stands even in minor sporting events of equal media importance such as the cycling world championship, which were held at the Imola racetrack.”

If Imola is barred from welcoming fans then it means spectators are unlikely to be present at a Formula 1 event until 2021.

Istanbul Park’s plan to have fans was ultimately shelved while officials in Abu Dhabi confirmed several months ago that its season-ending event will be run behind closed doors.

Organisers in Bahrain, which will hold two races, are continuing to monitor the situation.