Hulkenberg on standby for Racing Point at Portimao 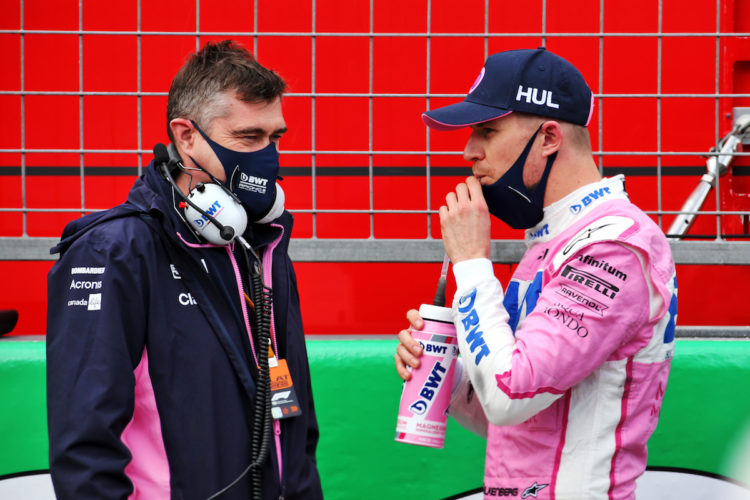 Nico Hulkenberg is on standby for Racing Point at this weekend’s Portuguese Grand Prix in the event of one of its regular drivers being unfit to take part.

Lance Stroll missed qualifying and the race at the Nurburgring due to illness and revealed earlier this week that he tested positive for Covid-19.

It marked the third time Hulkenberg stepped in for Racing Point this year, as he replaced Sergio Perez, who also contracted Covid-19, at both Silverstone races.

Hulkenberg is not Racing Point’s official reserve driver as the team has an arrangement to use Mercedes duo Stoffel Vandoorne or Esteban Gutierrez if required.

But with Hulkenberg being drafted in at a late stage in both instances this season the former Renault driver is present in the Algarve should his services be needed.

“Yes, Nico is here,” Szafnauer said on Thursday. “I think other teams have also opted to bring reserve drivers for the first time. I think it just makes sense to have reserve drivers.”

However, Szafnauer is confident that Stroll will be allowed to compete this weekend after returning a negative test result ahead of the event.

“He had a negative test coming into this weekend,” Szafnauer affirmed. “The probability of now getting a positive is low.

“Is it zero? I don’t know, I don’t know that much about it, but it’s low. Nico is here as a precaution and I’m confident Lance will be in the car this weekend.”

Racing Point is currently aiming to hold onto third in the Constructors’ Championship heading into the final six rounds of the season, but is being chased closely by McLaren and Renault.