Super sub Hulkenberg elated with rise from last to eighth 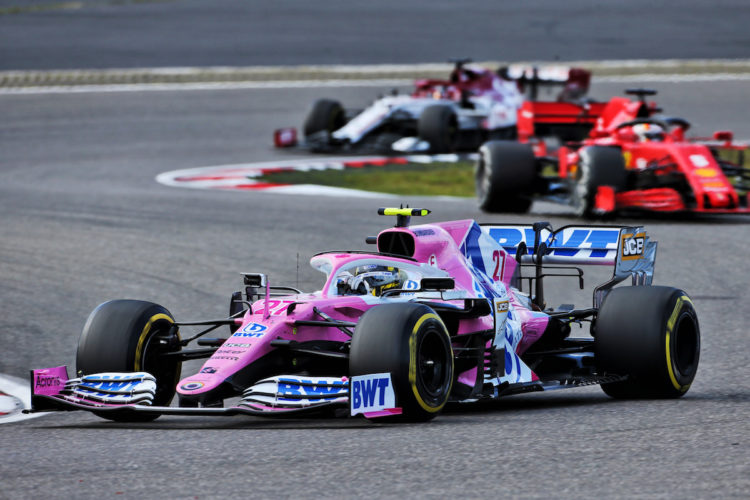 Nico Hulkenberg says he did not expect to take home points from the Eifel Grand Prix after progressing from last on the grid to eighth place.

Hulkenberg was drafted in at Racing Point last minute on Saturday as a replacement for an unwell Lance Stroll and was given just a handful of laps in qualifying to prepare for the race around the Nurburgring.

The former Renault driver went deep into the race on a set of Soft tyres before switching to the Mediums on lap 29 – however a late Safety Car saw him switch back onto the Softs.

Running in ninth, which was partially aided by retirements for other drivers, Hulkenberg overtook Romain Grosjean late on to secure eighth place.

“It has been a fun race. It was difficult to expect very much from this race with so little preparation,” Hulkenberg said.

“The other guys, they’re in their season, they’re in the car, and then here I am being thrown into the ice bath trying to swim and survive somehow. I feel quite happy and relieved that I managed this kind of performance.

“Halfway through the first stint, things were falling into place, getting into the groove and into a good rhythm with the car.

“And I think that was king and key to pull off the rest of the strategy, and stay out of trouble.

“We obviously had a bit of help along the way from some people dropping out. But still nevertheless, a good strategy and a solid drive.”

Hulkenberg admits he is feeling the repercussions of the demanding Nurburgring track post-race, but wished Racing Point well going forward as it moved into third place in the Constructors’ standings.

“I’m feeling it now: it’s a very bumpy track and I’m a bit sore because it was mentally and physically demanding out there,” he said.

“I’m very happy with the result and it was great to play a part in the team moving up into P3 in the Constructors’ Championship.

“Obviously, there’s still a long way to go in the season, but I wish the team all the best in the coming races.”

Due to his efforts during the race, Hulkenberg was chosen by fans as the Driver of the Day via an online poll.