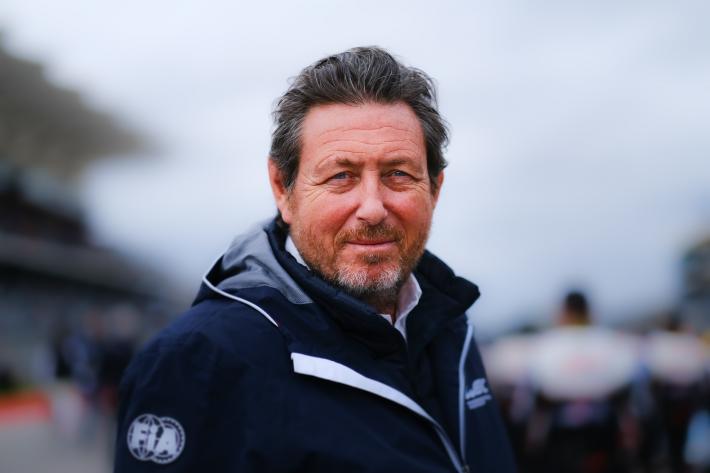 Gerard Neveu, CEO of Le Mans Endurance Management (LMEM) and head of the FIA World Endurance Championship, will step down from his position at the end of the year to pursue other opportunities.

Neveu has been active in the role since 2011, which has seen him oversee both the FIA WEC and the European Le Mans Series, but says he is aiming to pursue new challenges in his professional career.

Neveu and Automobile Club de l’Ouest president Pierre Fillon have come to terms on the Frenchman’s departure, which will take place on December 31.

“After nine years at the head of this superb motorsport programme, I think it is time for me to hand over the baton and allow new life to be breathed into the organisation under the leadership of Pierre Fillon,” said Neveu. “Great pages in endurance racing’s history books will open in a few months, in particular with the arrival of LMH and LMDh, and I have no doubt about the successes to come for these championships under the ACO umbrella. Until then, I will do my best to finish the 2020 season in the best way possible. Then it will be time for me to set off on a different personal path in 2021.

“The mission entrusted to me by the Automobile Club de l’Ouest has been intense and exciting and it has been with great pride that I have led these championships under the aegis of the ACO and the FIA.

“For their trust, I would like to thank all the WEC and ELMS competitors, the partners, the suppliers, the media who have followed us, local promoters and all the circuits that have welcomed us around the world.

My very special thoughts are for the wonderful LMEM team that I have had the privilege and immense pleasure of leading during this entire period. It will remain a superb human adventure and a unique experience that cannot be erased.”

“In a team, in order to achieve success, every man or woman within this entity plays an essential role,” Fillon added. “In creating and, above all, developing our FIA World Endurance Championship, Gérard Neveu was one of the fundamental building blocks for two reasons. He was not only part of the foundation of this championship from the very beginning, but he was also the originator of this FIA ​​World Endurance Championship organisation. Alongside the team from the ACO, they make this championship happen for all our competitors.

“The ACO and WEC has progressed together, and we have fought many battles to establish our championship within the world of motor racing. The victories have therefore been greater and above all more significant and more fruitful. Creating such a world championship is not an easy task, and making it shine in the world even less so.

“For all these professional and human adventures we have experienced together, I sincerely thank Gérard. I particularly salute his commitment, his involvement and his extraordinary energy. From here on I wish him the best in his future professional activities. From a personal point of view he will remain a member of our endurance family and, whatever his activities are, there is little doubt that future joint collaborations will emerge.”