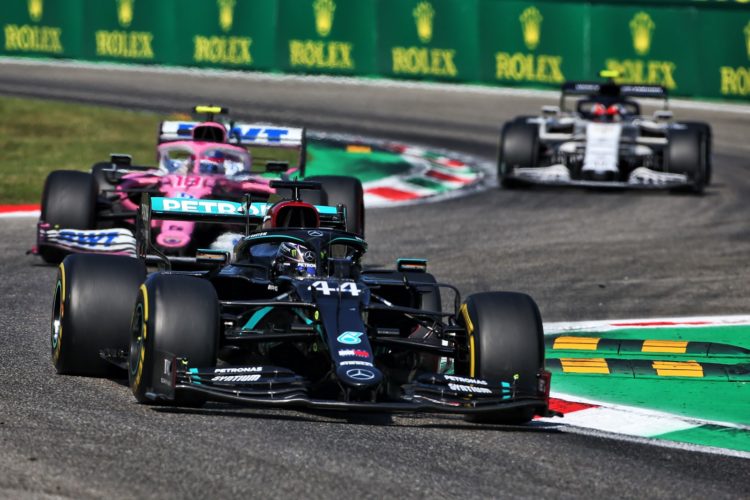 Lewis Hamilton extended his streak of Formula 1 points finishes at the Italian Grand Prix – and in the process matched another record.

Hamilton dropped to 17th after serving a 10-second stop/go penalty but surged back onto the rear of the train and carved his way through the lower order.

Hamilton classified seventh, ensuring he captured more points, and also set the fastest lap of the race in the process.

It marked the 41st straight race that the six-time World Champion has classified inside the top 10.

He last failed to score at the 2018 Austrian Grand Prix, when a fuel pump issue halted his car, which in turn ended his then-record of 33 straight races in the points.

“Chasing a 30-second gap is not particularly the fun part, the fun part is when you get to get close and start racing. I wish that started earlier.

“Once I finally caught and I couldn’t get by, of course there were moments I didn’t think I was going to get anywhere.

“But I just kept pushing, tried to be patient. I didn’t make any mistakes, and seventh was the best that I could do.