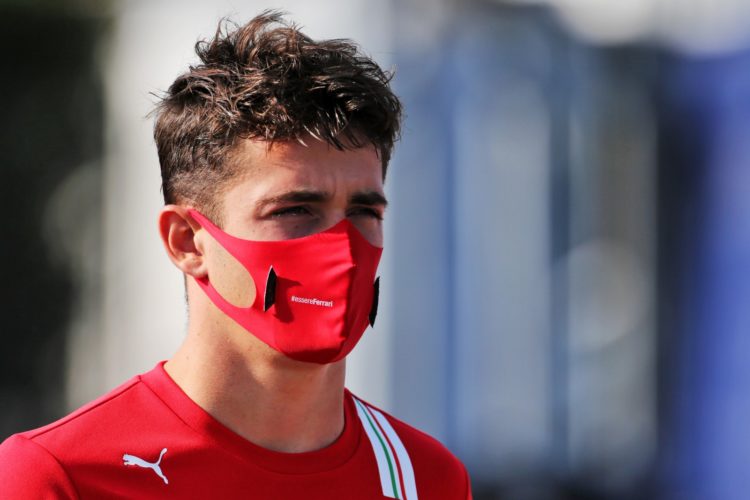 Ferrari has struggled for overall performance this season and its lack of speed has been more pronounced at circuits that place a greater emphasis on engine prowess.

Having been off the pace in Belgium that trend has continued at the first of three home events this year, taking place at Monza.

Ferrari has taken pole position at Monza for the past two years but on Saturday endured its worst result on home soil for several decades, as neither driver made it into the top 10.

Leclerc qualified in 13th position and fears that Sunday’s race will be just as challenging.

“It was a very difficult day, but it’s like this,” he said. “We knew beforehand Spa and Monza would be the two weekends for us that would be very difficult.

“It was very difficult yesterday with the race pace [in practice] but we are going to give absolutely everything. The good start is always important but to keep the position is even more important. And I guess is going to be very difficult for that second part.

“[There is] not too much hope but let’s have a bit of optimism and we’ll give our best and see what we can do.”

Vettel’s first Q1 push lap left him only 17th and as drivers fought for track position in the closing stages of the session he was caught out and had to abandon his effort.

“It was a mess,” said Vettel, who went on to watch Q3 from the photographers’ tower at Parabolica.

“There were a lot of cars in the same bit of the track. Yeah. So, where we were, where I was sent out, it’s not much I could have done. I knew already at the start of the lap it was not going to happen

“There were other teams sending their cars [on track]. Nobody wants to start the run and not finish it but yeah we should have probably been a bit smarter.”