Honda aiming to get through 2020 without penalties 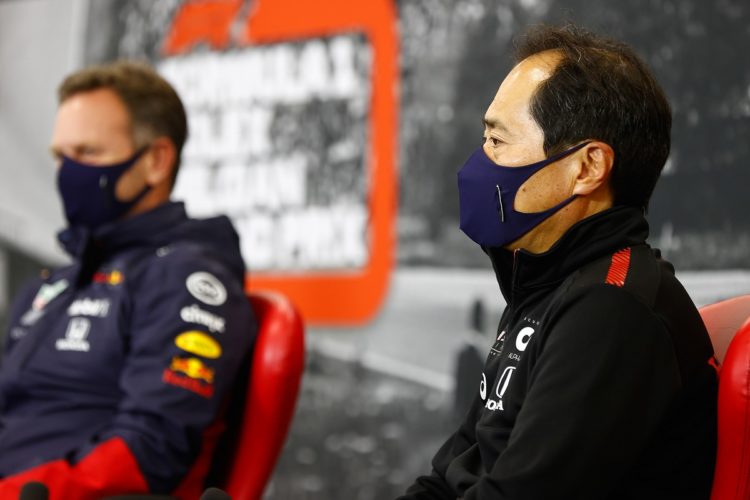 Drivers that exceed the power unit usage quota are punished with a grid penalty, with Honda taking a number of penalties in recent years for new parts.

Red Bull’s Alexander Albon is the only driver this year to use three of any power unit component, putting him on the cusp of a penalty – however Honda affirms it has no plans to be sent to the rear of the grid during the remaining 10 races.

“We are working on our power unit usage plan, according to the current allowed number of power units,” Tanabe said.

“It looks like more than the other power unit manufacturers but we have no plan to take a penalty because of the new unit introduction. So far we are on schedule.”

The power unit manufacturers will have to deal with a new challenge from this weekend at Monza, as a technical will outlaw ‘party mode’ in qualifying.

Teams will have to discover how to efficiently manage the power output in the race, with Tanabe stating the main focus will be on balancing performance and reliability.

“It happened very fast and actually we are working on how to operate our power unit in the qualifying and the race – I mean with the same mode,” he added.

“We need to consider the performance and the reliability, balancing and then, as you said, we have 17 races now confirmed.

“We need to make a picture to the end of this season, so how to use the power unit and how to compete in each race.”