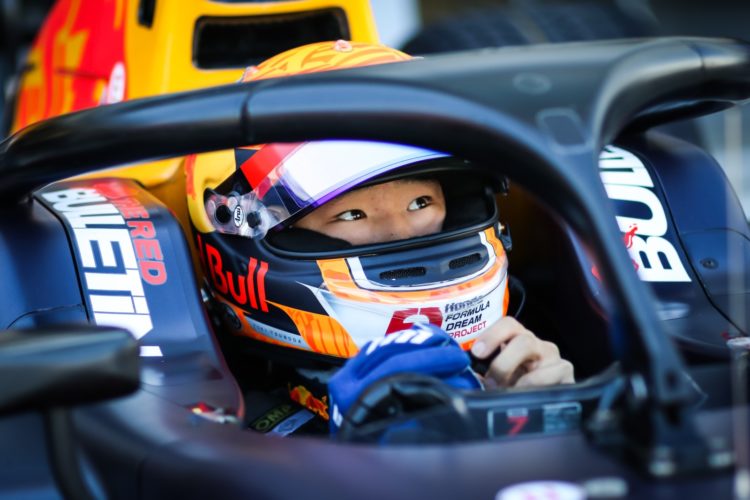 Yuki Tsunoda is set to get behind the wheel of a Formula 1 car for the first time at December’s young driver test in Abu Dhabi.

Tsunoda, backed jointly by Red Bull and Honda, currently holds fourth place in the Formula 2 standings and claimed his maiden victory at Silverstone.

He made the move to European competition in 2019, placing ninth in Formula 3, after winning the 2018 Formula 4 title in his native Japan.

Formula 1 has not had a Japanese representative since Kamui Kobayashi’s departure from the grid at the end of 2014, though Nobuharu Matsushita tested for Sauber, while Naoki Yamamoto ran FP1 at Suzuka for Toro Rosso last season.

Formula 1 is due to hold a young driver test on the Tuesday after the season-ending Abu Dhabi Grand Prix at the Yas Marina Circuit, and Tsunoda is poised to sample AlphaTauri’s AT01.

“He is a really high-skilled driver and I think has all the ingredients together to become a successful Formula 1 driver,” said AlphaTauri team boss Franz Tost.

“He will for sure test for us as the young driver test in Abu Dhabi; whether he will drive for us next year or not, this is being decided by Red Bull.

“It depends also on whether he gets the Super Licence; if he continues like now he will be within the first three or four drivers in the Formula 2 championship and it won’t be a problem to receive the Super Licence, and the rest then we will see.”

AlphaTauri, which currently fields Pierre Gasly and Daniil Kvyat, is yet to define its driver line-up for the 2021 season.