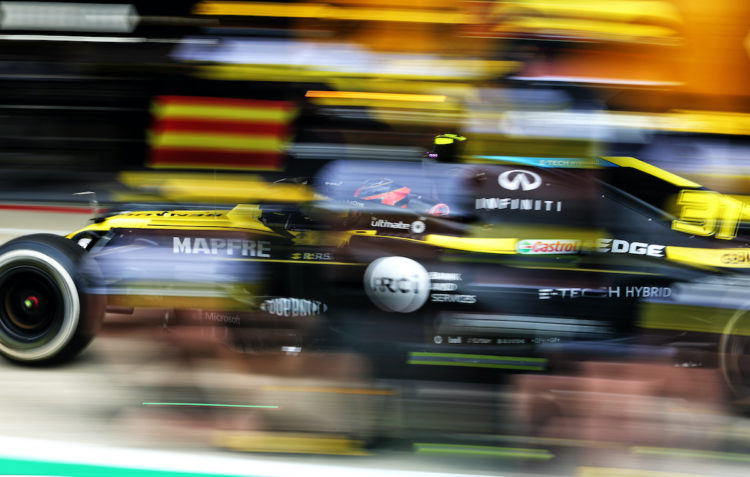 Renault are considering whether to appeal the decision to dock Racing Point 15 Constructors’ Championship points and fine them €400,000, and push for a harsher penalty.

Renault’s protest of the Racing Point RP20 was upheld after the stewards agreed that they had copied Mercedes’ brake ducts – specifically the rear ducts – which contravened the rules over listed parts.

As a result, Racing Point has been docked 15 points and fined, but can continue to use the brake ducts for the remainder of the season, with the stewards deeming the penalty “proportionate for the violation of the design process”.

Renault though is considering appealing the decision, to push for a harsher sanction.

“I can confirm that we are considering whether or not to appeal,” commented Renault F1 team boss Cyril Abiteboul. “It happens that usually we have one hour to do that, but in this particular case given the complexity we have 24 hours, and then 96 hours to confirm or not the appeal.

“Again, because it’s complex then we need to balance carefully the interest of the sport, and the consistency of the sanction. We are looking at whether or not we will appeal the sanction, not on the decision.”

Abiteboul says Renault were happy with the outcome of the protest and agreed with the stewards findings.

“There is a very specific and targeted discussion and protests in relation to one part of the car, brake duct, front and rear,” he said.

“So, we are satisfied with that conclusion. I think that the question of sanction is open for debate, and could probably be discussed endlessly. We will consider that matter, bearing in mind that the advantage that was obviously obtained will keep on going for all the season. And it’s a very material advantage.”

Racing Point could also appeal the decision, but have yet to confirm if they will do so with team boss Otmar Szafnauer explaining they would spend the day digesting the decision.