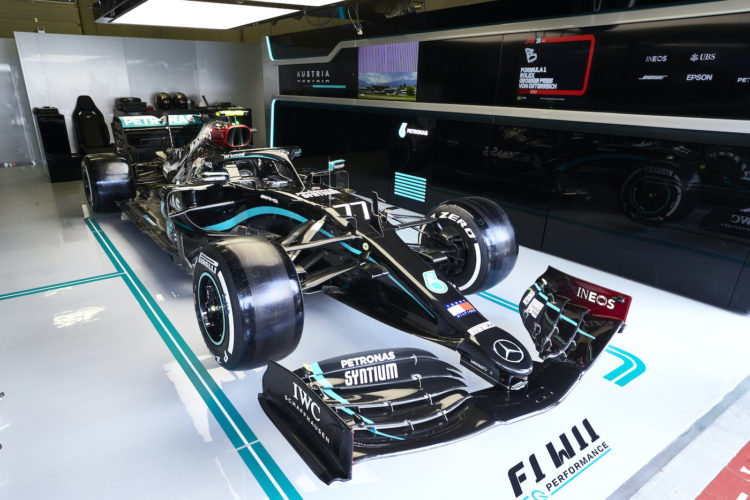 Mercedes’ new-for-2020 all-black livery made its ‘public’ debut on Thursday in the Austrian Grand Prix paddock ahead of this weekend’s season-opener.

The new livery, a change from the traditional silver, has been adopted by the team as part of a diversity drive, tying in with Formula 1’s #WeRaceAsOne initiative.