Kovalainen: I ‘ran out of energy’ trying to match Hamilton 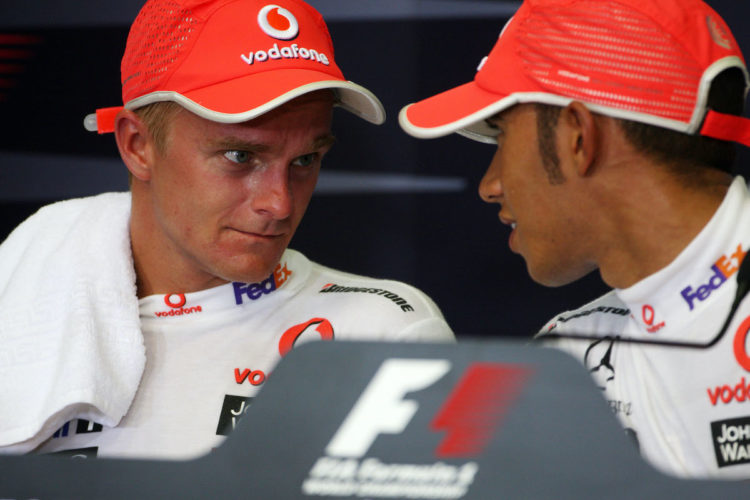 The Finnish racer was paired with Hamilton in his first title winning season after Fernando Alonso quit the team, and despite finishing the season with almost half Hamilton’s points tally, believes he was only a “tiny” but slower.

But Kovalainen says finding that extra pace to match Hamilton eventually saw him run out of energy and believes it was detrimental to his F1 career falling apart.

“He was just that tiny bit faster all the time, and I had to stretch, every session,” the 38-year-old said in the latest episode of the official Formula 1 podcast, Beyond the Grid.

“It was straight from the winter test, you know, I was always like… I had to stretch to match him or be ahead of him, like an average lap wasn’t good enough.

“And when you’ve done that for a year and a half… I kind of ran out of energy.”

Kovalainen scored his debut win in 2008 alongside two further podiums, but failed to finish higher than fourth the following year. He says that was the culmination of having to overdrive to match his team-mate.

“It’s fair to say that I drove below my own ability even. Rather than focusing on my own race and my own results, and trying to get close to Lewis, I started to overdrive.

“I got frustrated and, in fact, the gap just got bigger and I made some mistakes. I think the reason why that happened during that second half of 2009 was because I had to stretch all the time.

“And when you’re stretching for too long time, you run into a wall at some point.”

But Kovalainen insists he’s happy he got the chance to race against Hamilton, who he considers one the greatest drivers.

“At that point it was also quite detrimental for my career. I had a momentum, but I wasn’t able to keep the momentum going with Lewis as my team-mate.

“I think it’s just his pace was just a tiny bit quicker consistently. I don’t have any trouble admitting it. He is one of the greatest, if not the greatest driver. I’m glad I went against him.”