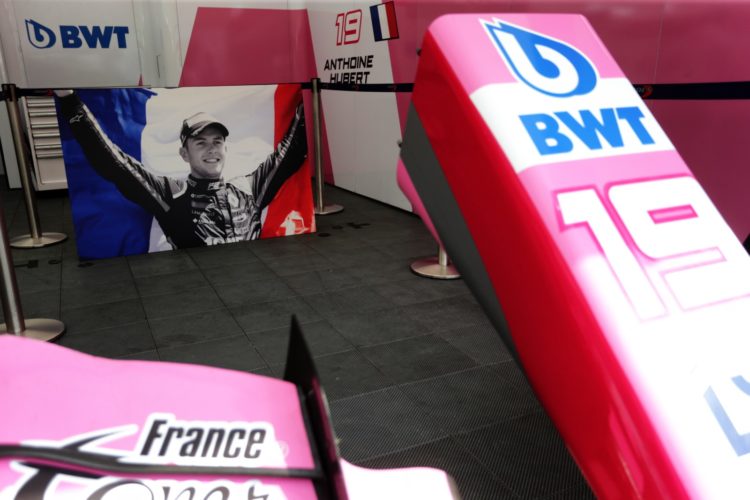 The FIA is to investigate potential deceleration solutions for run-off areas as part of a wide-ranging series of recommendations made following investigations into accidents during 2019.

The FIA’s Safety Department, supported by the National Sporting Authority of the respective country, completed investigations into 28 serious and fatal accidents across competitions in 2019.

That includes the fatal accident suffered by Anthoine Hubert during a Formula 2 race at Spa-Francorchamps, when his damaged car was struck side-on at high-speed by Juan Manuel Correa, who sustained serious injuries in the impact.

On Monday a series of recommendations aimed at improving safety was published, covering aspects such as circuit design and single-seater cockpit protection.

The FIA will investigate “new and specifically additional efficient deceleration solutions for slowing out-of-control cars within run-off areas”, including the use of anti-skid and high-friction surfaces.

New solutions regarding track limits control will be submitted to the FIA’s Circuits Commission in order to prevent cars from re-joining the track in a dangerous manner.

Work is also underway in order to “ensure large debris is contained and/or retained with the crashing vehicle”, focusing extensively on tethering, while research will begin to assess whether “alternative composite material constructions specifically designed to help reduce shedding of debris following component failure” can be used.

Single-seater cars’ survival cell will be subject to more stringent crash tests, including increasing the total energy absorption capability of frontal and side impact structures; this process is already underway for Formula 1, Formula 4 and Formula E, with actions for Formula 2 and Formula 3 to be incorporated into the next car update.

A review of the front wing design and wing-to-nose attachment scheme is underway in order to mitigate the loss of complete front wing assemblies, and associated safety risks.

It added that such reviews may consider whether future generations of single-seater cars could “incorporate front wing designs that include ‘controlled failure’ points”, meaning that only certain sections would detach in order to relieve the load on the assembly and nose mounting points.

Work will be carried out to “increase robustness of retention” of the headrest and to increase “the probability that all (or some) of the headrest remains in position during and following a major impact.”

The advancements available in technology will also be utilised to ensure “drivers are quickly and reliably informed about the circuit status” with a particular focus on circuits that “have a reduction of line of sight for drivers due to the geometry” involved.

One solution proposed is for the rear-facing rain light, or another rear-mounted light, to be used to display the track status for the following car, for example, in the event of a yellow-flag situation. The FIA believes that this “could reduce driver notification time” and “better allow drivers to make an appropriate and proportionate reaction.”

It has also been proposed to “accelerate as far as possible the development and deployment of a range of advanced marshalling systems.”

These potentially include incorporating features such as direct car-to-car notification of dangerously positioned stationary cars and “possibly even the coordinated power reduction or redirection of cars following an incident.”

A loss of pressure from Giuliano Alesi’s right-rear tyre – whose spin triggered the chain-reaction events at Spa-Francorchamps – was thought to be the catalyst for the accident.

In Monday’s overall findings into 2019’s accidents the FIA confirmed that “to mitigate the possible loss of control of a car as a result of a puncture, providing the driver with information on tyre state, and specifically information about the current internal pressure of the tyres, could provide greater opportunity for a driver to modulate speed earlier and appropriately in an effort to avoid a loss of control.

“To achieve this, tyre pressure monitoring and reporting technology will be deployed in a broader number of categories. Actions are already initiated to deploy such systems in FIA Formula 2 and FIA Formula 3 for the 2020 season.

“As a further step, it is proposed to develop lower cost tyre pressure monitoring technology and systems, to promote and facilitate further deployment in additional categories in future.”