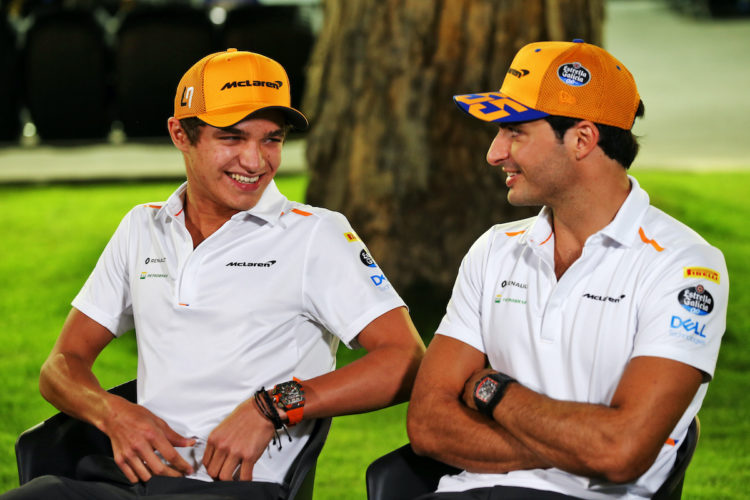 McLaren Formula 1 drivers Carlos Sainz and Lando Norris have both agreed to take a pay cut during the current Coronavirus situation, as the McLaren team has taken steps to reduce costs by furloughing its racing staff.

The UK Government has committed to paying 80 per cent of furloughed employee’s salaries up to a maximum of £2,500 per month, in an effort to reduce redundancies as businesses face major financial struggles.

McLaren confirmed in a statement that it had taken the decision to furlough its staff, with drivers Sainz and Norris, as well as senior management, taking pay cuts until things start returning to normal.

“The McLaren Group is temporarily furloughing a number of employees as part of wider cost-cutting measures due to the impact of the Covid-19 pandemic on its business,” a spokesperson said.

“These measures are focused on protecting jobs in the short-term to ensure our employees return to full-time work as the economy recovers.”

The decision doesn’t impact McLaren’s involvement in the ‘Project Pitlane’ initiative, which consists of a group of UK-based teams which are collaborating to develop health care technologies in response to the pandemic.

F1 teams face a major financial hurdle with each cancelled race costing them tens of millions in revenue. Whilst efforts to start the 2020 season later in the year remain active, it will likely be on a reduced schedule and therefore F1, the FIA and teams have agreed to postpone rule changes and to continue to use the ’20 cars next year to cut costs.