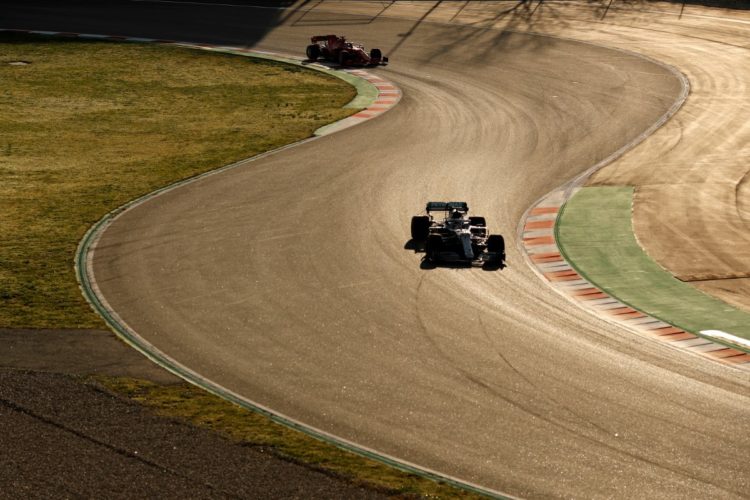 There will be 20 drivers on the Formula 1 grid this year – we hope – but who do teams have as back-up, or as part of their academy? Motorsport Week takes a look.

With Esteban Ocon having vacated a back-up Mercedes role for a Renault race seat the manufacturer has halved its number of Estebans available in 2020, with namesake Gutierrez staying on. Ex-Sauber and Haas racer Gutierrez has been formally joined in a reserve role by Stoffel Vandoorne. The 2015 GP2 champion raced for McLaren across 2017/18 and has since been affiliated with Mercedes, competing for offshoot HWA in Formula E in 2018/19 before retaining his seat when Mercedes officially entered the electric championship this season.

Alfa Romeo racer Antonio Giovinazzi remains connected to Ferrari and would be a likely first point of call if required, while it has a plethora of up-and-coming youngsters on its roster. Ferrari has five drivers in Formula 2 in the form of Giuliano Alesi, Marcus Armstrong, Callum Ilott, Mick Schumacher and Robert Shwartzman. It also has Enzo Fittipaldi in Formula 3, Arthur Leclerc – brother of Charles – and Gianluca Petecof in Formula Regional Europe, while karting ace Dino Beganovic is poised to start his single-seater career.

Red Bull has had Sebastien Buemi as its notional reserve since he was ousted from Toro Rosso in 2012 and this year he has been joined by ex-protege and former F2 front-runner Sergio Sette Camara. The talent pool has run dry in recent seasons but it has Super Formula racer Juri Vips and Formula 2 debutants Jehan Daruvala and Yuki Tsunoda out to prove their worth. A quartet of Formula 3 racers in the form of Liam Lawson, Dennis Hauger, Jack Doohan and Igor Fraga, along with Formula 4 pairing Jonny Edgar and Jak Crawford, complete the line-up.

McLaren has not yet nominated a de facto reserve driver for 2020, having had a combination of Fernando Alonso and Sergey Sirotkin last year, alongside youngster Sergio Sette Camara, now chasing an IndyCar seat. McLaren nonetheless does still have long-time simulator ace, Formula E driver and occasional tester Oliver Turvey on its books.

Chinese youngster Guan Yu Zhou has stepped up to the role of test driver as last year’s best Formula 2 rookie expands his involvement with the Formula 1 outfit. There has also been a shake-up within the Renault Sport Academy, with Christian Lundgaard promoted to Formula 2, while Max Fewtrell and newcomer Oscar Piastri will battle it out in Formula 3. Eurocup racers Caio Collet and Hadrien David complete the Academy’s six-strong field.

AlphaTauri shares many resources with Red Bull and thus in the event of an emergency it would look to its senior team, with Sette Camara also acting as reserve for the junior team.

Racing Point has BMW sportscar racer Nick Yelloly on its books as simulator driver but has no designated reserve as back-up to Sergio Perez and Lance Stroll.

Alfa Romeo has connections with Ferrari, which in 2019 led to Ilott and Schumacher making F1 test appearances, but for 2020 it has its own reserve driver. Robert Kubica has jumped ship from a Williams race seat and has already got behind the wheel of Alfa Romeo’s C39, carrying out two half days of testing in Barcelona. He is set for a handful of FP1 outings alongside his DTM race programme. Tatiana Calderon has stayed on as a test driver for the team.

Haas does not have a designated reserve driver but for 2020 it has retained Louis Delétraz and Pietro Fittipaldi on its roster, ostensibly to undertake simulator duties. Both have prior Formula 1 test experience with the team and will have full race programmes this year, Delétraz in Formula 2 with Charouz Racing System and Fittipaldi in Super Formula.

Jack Aitken has moved from Renault to take up a role as Williams’ reserve driver and the Briton will make his FP1 debut at a yet-to-be-determined grand prix. Roy Nissany has joined as a test driver and will participate in three FP1 sessions, while Dan Ticktum is another new recruit and will be part of its academy, along with existing member, W Series champion Jamie Chadwick.