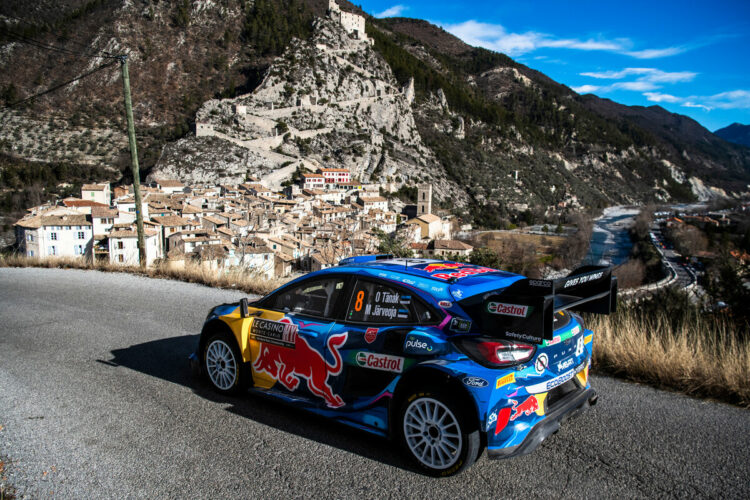 Three drivers will be competing in various national rallies as they prepare for the upcoming Rally Sweden in February.

Toyota’s Takamoto Katsuta, Hyundai’s Esapekka Lappi and M-Sport Ford’s Ott Tänak have all entered national rallies in their preparations for round two of the 2023 WRC season.

Tänak will take is Puma Rally1 to Estonia on 4th February to compete in the Otepää Rally whereas Katsuta and Lappi take their respective machines to the Kuopio Ralli in Finland on the same weekend.

Testing restrictions mean that this year teams are only allowed 21 days of testing per year – seven days per driver. Because of this, crews have decided to compete in national rounds as they are not classified as test days.

Tänak said: ‘It’s great we can take the Puma Rally1 to my home roads and I’m sure that the local rally fans are happy for this news.”

“We need to be prepared. We have many events with bad shakedowns that are not representative of the rallies at all, and not having a test could make it somehow dangerous at some point if you don’t get the right settings from the beginning. But it is what it is.”